Zelensky confirmed that Macron proposed to cede Ukrainian territory to Russia: “That is out of the question” 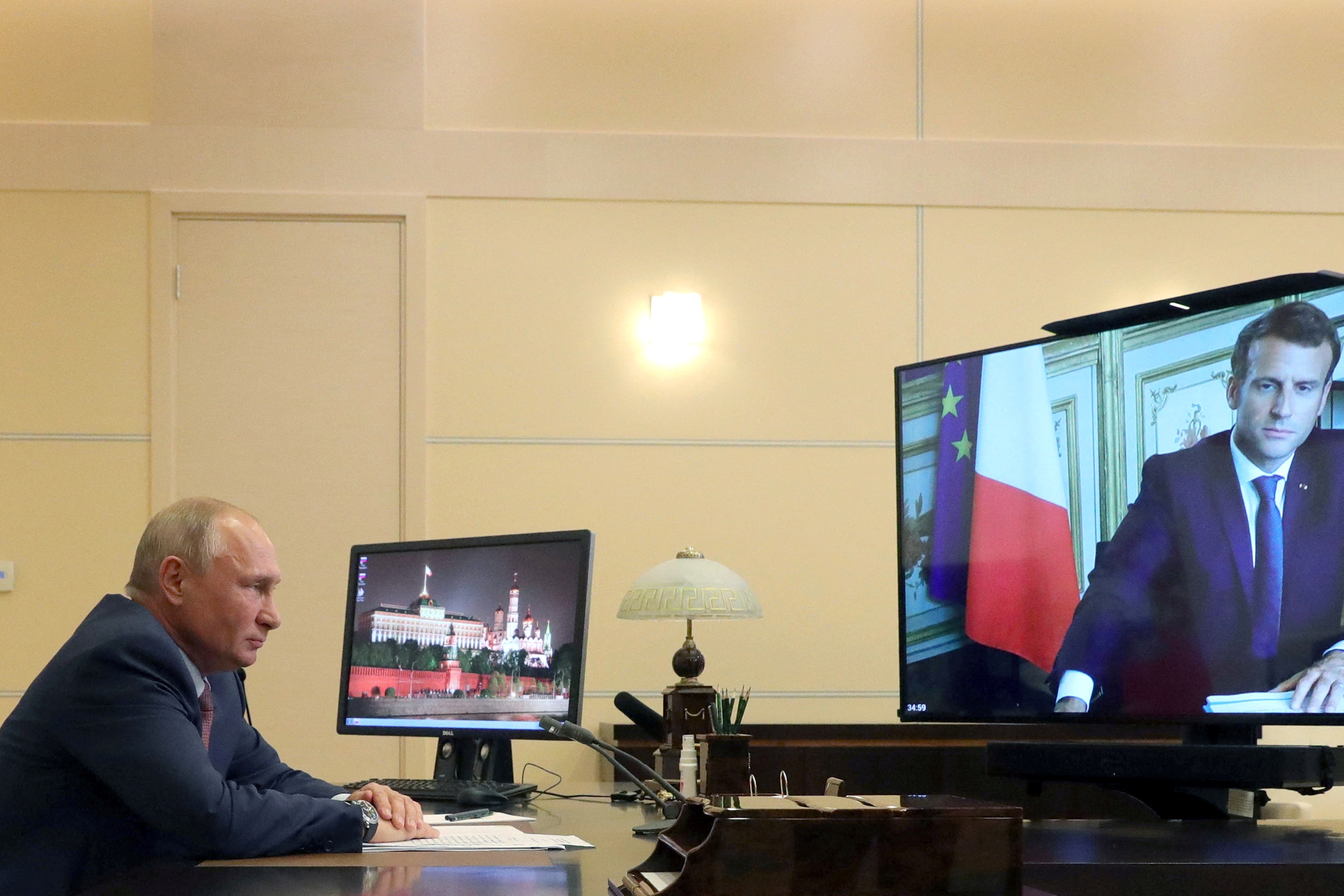 “Suggesting some things related to concessions of our sovereignty for the sake of saving Putin’s face is wrong. We are not willing to lose our territories for it,” he stated. “That is out of the question,” he added forcefully.

Zelensky believes that the French leader is trying “in vain” to maintain a constructive dialogue with the Russian president. “We must not look for an escape route for Russia, and Macron is doing it in vain,” the Ukrainian president said. 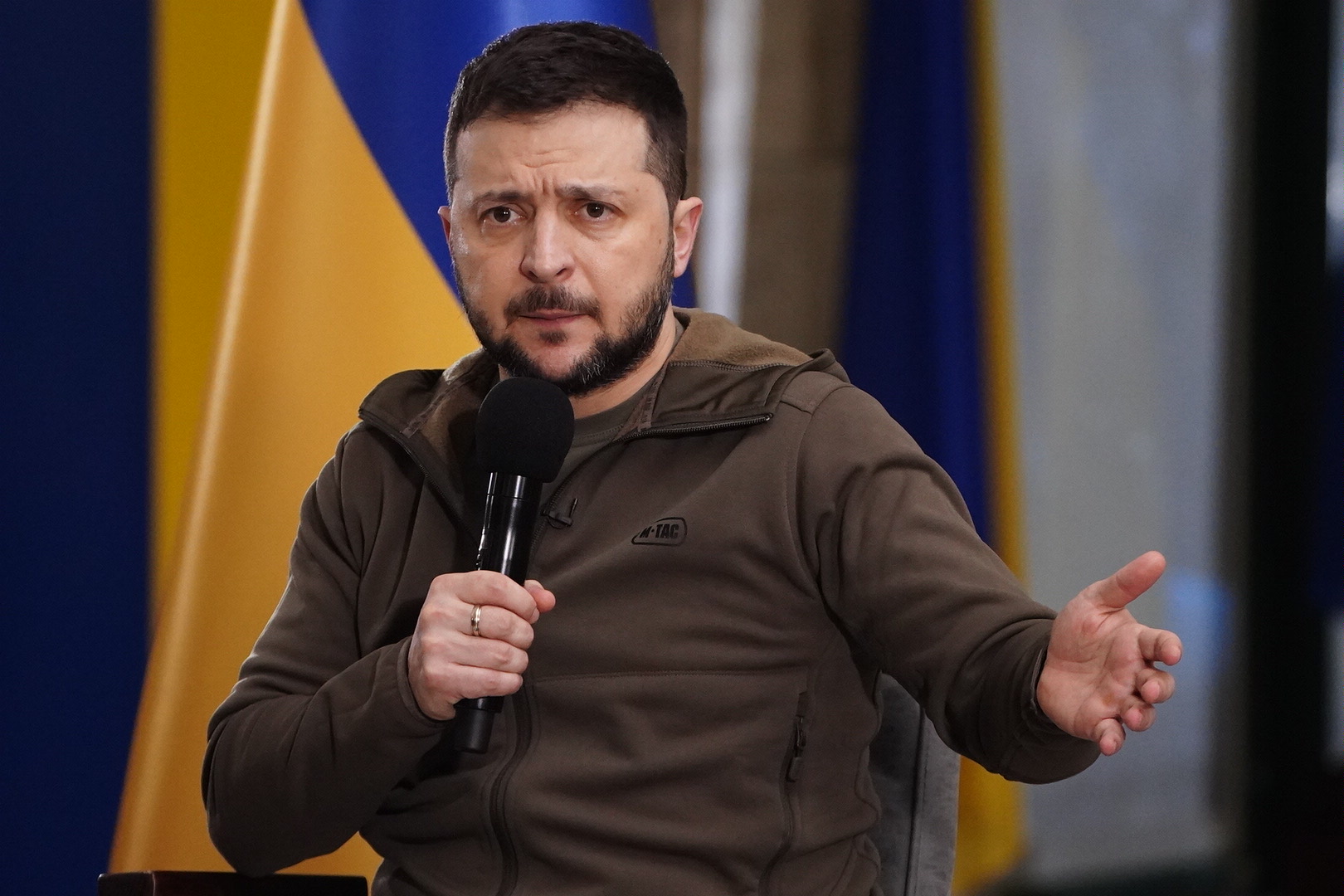 “I know that he wanted to get results from the mediation between Russia and Ukraine, but he did not get any,” he accused.

Moscow, he said, will not seek an end to the fighting “until Russia itself wants it and understands that it needs it.”

Macron insists that Russia and Ukraine will have to reach a negotiated truce at some point and that peace efforts are not advancing because of the “humiliation” of Russia.

Even so, The French presidency had assured last Friday that Macron had never “discussed anything with Vladimir Putin without the agreement of President Zelensky.” “He has always said that it is up to the Ukrainians to decide the terms of their negotiation with the Russians.” However, the Ukrainian’s statements reveal another version.

An annoyed Zelensky noted that some European leaders believe that a way must be found to talk to Putin. “We have been looking for them for years. And today, these roads are littered with corpses, bodies of our people,” added the Ukrainian leader.

fighting in the east

Particularly fierce fighting shook Donbas, the eastern region of Ukraine where Russia is now concentrating its offensive in the face of resistance from troops in kyiv, who will receive more military aid from the European Union. “There is intense fighting on the border with the Donetsk region, near Popasna,” revealed Serguiy Gaidai, the governor of the Lugansk region, assuring that the Russian troops had suffered significant human and material casualties.

With the Ukrainian troops claiming advances in the Kharkiv region (northeast), Moscow’s offensive appears to be concentrated further south in the Lugansk and Donetsk regions, both in the Donbas mining basin, partially controlled since 2014 by pro-Russian separatists.

The Ukrainian General Staff claimed on Saturday to have repelled 10 attacks in these two regions in the last 24 hours. In Donetsk and Tavriya (south), the Russian army uses “mortars, artillery, grenade launchers and aerial means to inflict maximum damage,” he said.

An American defense official said on condition of anonymity that the most important Russian activity takes place in Donbas but without “significant conquests”. “Ukrainian artillery is countering Russian efforts to gain ground,” he added.

The British Ministry of Defense indicated for its part that the Ukrainian forces had “successfully” repulsed an attempt to cross the Donets River near Severodonetsk, the scene of intense fighting for weeks, and caused heavy losses to the Russian troops.

After almost three months of war, which have left thousands of dead and millions of refugees and displaced, Russian victories in Ukraine are few: they have conquered the southern city of Kherson and have almost total control of Mariupol, in the southeast on the seashore. of Azov.

At the end of March, weeks after launching its invasion on February 24, Moscow gave up taking kyiv to focus on southern and eastern Ukraine, where it occupies large swaths of land but few major pockets. Instead, in the northeast, Ukrainian troops say they are regaining ground around Kharkiv, the country’s second largest city. “The progressive liberation of the Kharkov region shows that we will not leave anyone in the hands of the enemy,” President Volodimir Zelensky said on Friday night.

The situation is more complex in Mariúpol, where a thousand combatants resist in the underground tunnels of the Azovstal steelworks, from where all the civilians have already been able to leave thanks to an operation by the UN and the Red Cross.

“We will not stop until we save all our people in Mariupol and Azovstal,” Zelensky said, evoking “very difficult negotiations” to try to evacuate seriously injured and medical personnel. “There are almost 600 wounded in Azovstal, the Russians continue to bomb the military hospital,” said Sviatoslav Palamar, one of the commanders in that industrial compound. “We will resist as long as we can,” he added.

Although in principle inferior to the mighty Russian armythe Ukrainian troops are displaying a strong resistance, aided by shipments of military material from Western powers. 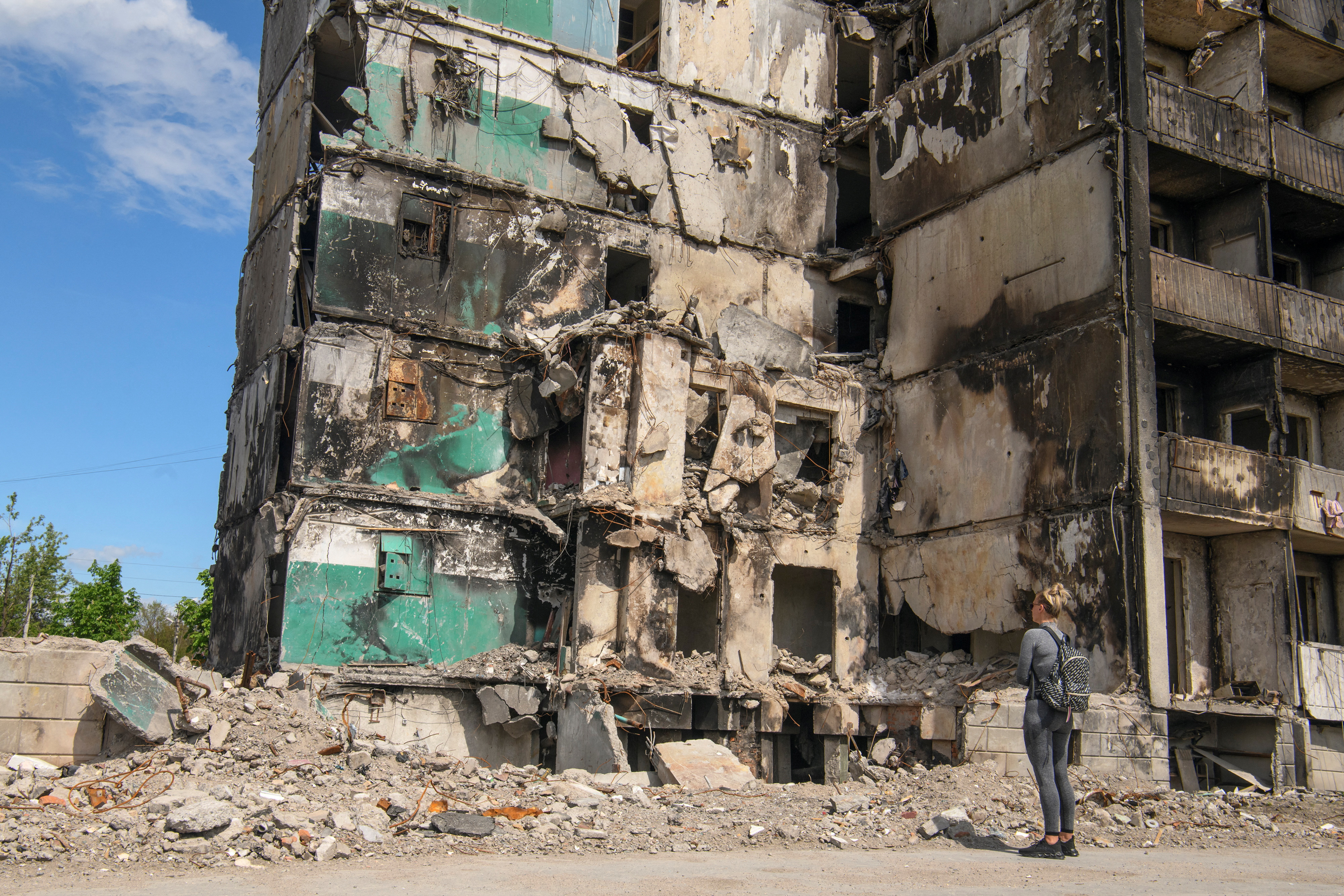 Anna looks at a residential building where her apartment used to be, after it was destroyed during Russia’s invasion of Ukraine in the town of Borodianka, Kyiv region, Ukraine May 13, 2022. REUTERS/Vladyslav Musiienko

The recipe is “clear”, said the head of EU diplomacy, Josep Borrell, during a G7 meeting in Germany. “More of the same” is needed: more economic sanctions against Russia, more support for kyiv and “continue to work to isolate Russia”.

The foreign ministers of the seven main world economies (Germany, Canada, the United States, France, Italy, Japan and the United Kingdom) will meet this Saturday with their counterparts from Ukraine, Dmytro Kuleba, and Moldova, Nicu Popescu.

This small former Soviet republic fears that Moscow’s troops will extend their invasion as far as the breakaway Moldovan region of Transnistria, right on Ukraine’s southwestern border.

In a situation with similar resonances, in Georgia, another former Soviet republic in the Caucasus, the leader of the separatist region of South Ossetia called a referendum on integration with Russia for July 17.

An informal meeting of NATO foreign ministers is also scheduled for Saturday in Berlin, just one day before Finland formalizes its request to join the military alliance, leaving behind more than a century of political neutrality.

Although without officially linking it to this decision, Russia will suspend this Saturday the supply of electricity to this Nordic country, with which it shares a 1,300 km border.

In Sweden, an official report praised the advantages of applying for NATO membership, which can be done in days. However, this historic turn could be cut short by Turkey, a member of the alliance, which threatened to block the entry of the two Scandinavian countries.

Putin’s serious miscalculation that led Finland and Sweden into the arms of NATO
The Russian Foreign Minister’s statements about “Hitler’s Jewish blood”: historical lies and insult as a weapon of war
Previous Post

Why is Snake Island so important to Ukraine and Russia?

Great victory for Jesse Rodriguez: he exhibits Cuadras and also the WBC: he was sixth in 108! – Only Boxing

The CSD reacts and asks Rubiales for explanations