Why Russia is intervening in Kazakhstan 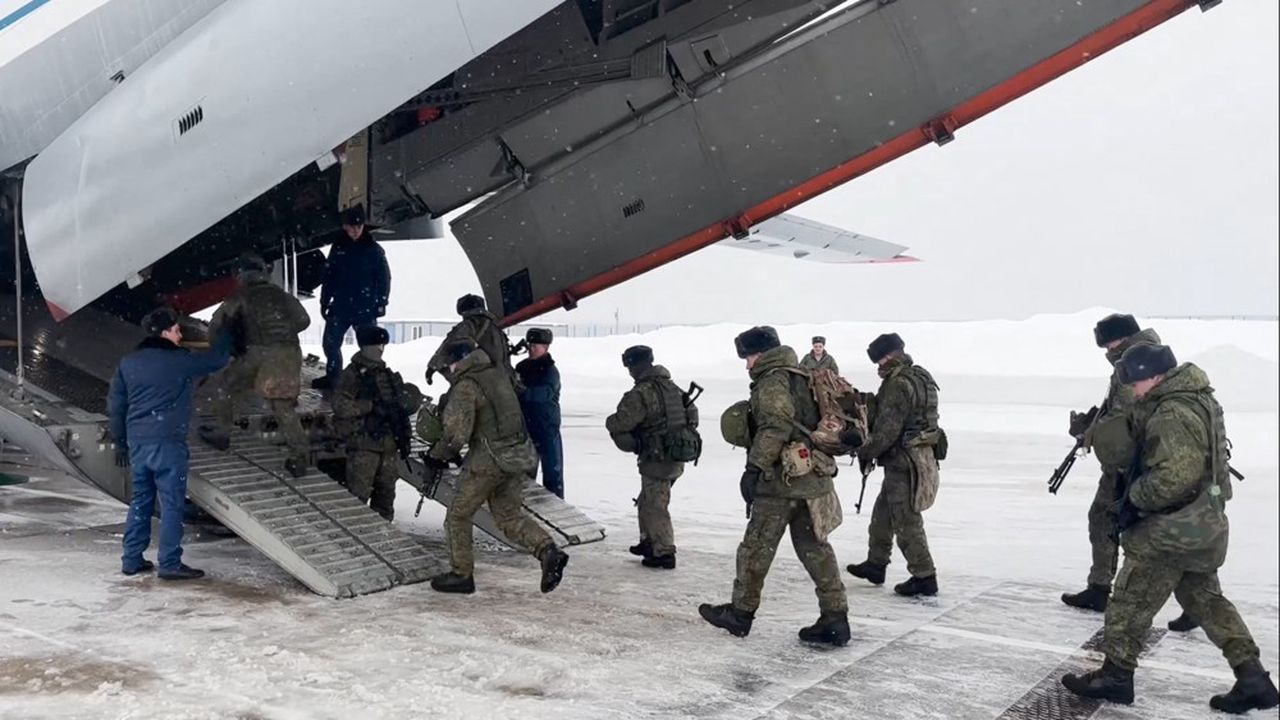 The events in Kazakhstan took observers, as well as the Kremlin, by surprise. “Until now, this country seemed to constitute an example of stability and authoritarian modernization as Vladimir Poutine likes it”, underlines Tatiana Kastueva-Jean, specialist of the Russian world at the French Institute of the international relations (IFRI), with a clever transition between the number one of the regime since the fall of the USSR, Nursultan Nazerbayev, president of the Security Council, and the head of state Kassym-Jomart Tokayev.

Alas, the regime, threatened with being overthrown by demonstrators looting arsenals thanks to the abandonment of police posts, had to resolve in a few hours to call Moscow for help by triggering the mechanism of mutual military assistance of the ODKB organization (Kazakhstan, Russia, Belarus, Tajikistan, Kyrgyzstan and Armenia). And Kassym Tokayev took the place at the head of the Security Council of a Nazerbayev who has disappeared from circulation for four days.

Above all, the ODKB treaty can only be activated in the event of external aggression and not to put down demonstrators. Never mind, the regime invoked terrorists led by unspecified foreign powers. The ease with which Moscow responded favorably may be surprising, underlines Tatiana Kastueva-Jean, because the risk is not zero that this intervention will be experienced as an invasion by the Kazakhs. With the possibility of reprisals against the ethnically and culturally Russian part of the population, especially in the northern part of the country. She represents about a fifth of the 17 million Kazakhs, and the fate of Russian-speaking or Russian-born foreigners still matters in Moscow.

At the very least, the arrival of Russian forces reduced to almost nothing the sovereignty policy followed for thirty years by Nursultan Nazerbayev with a line founded on a balanced tripod: Russia, the West and China.

Nothing to distract from Ukraine

But the Kremlin could not let a neighboring country, the third most extensive of the former USSR and with strategic activities (oil, space, minerals), in addition a member of the Eurasian economic union, plunge into disorder or an overthrow. diet, emphasizes the researcher. Even sparsely populated, Kazakhstan is geopolitically important to Moscow. If the operation is not without political risk, that of a military gear is minimal. The armed demonstrators are unlikely to stand up to the Russian tanks. The intervention mandate also mentions a limited period.

It would therefore be very exaggerated to envisage for Moscow an implication of the “Afghanistan 1979” type, or an “abscess” fixing significant troops on its south-eastern flank. Nothing therefore likely to “distract” Vladimir Putin from his priority issue, Ukraine. Alexander Baunov of the Carnegie Center notes, however, that “just when it seemed ready to invade Ukraine, the Kremlin must divide its attention and deal with strategic instability on two fronts.”

Malaga: Febas manages to include a purchase option in his transfer to Malaga

UK, US and Russia issue sanctions against the leader of the Islamic State affiliate in Afghanistan

Granada looks to Elche with 7 casualties between injured and positive