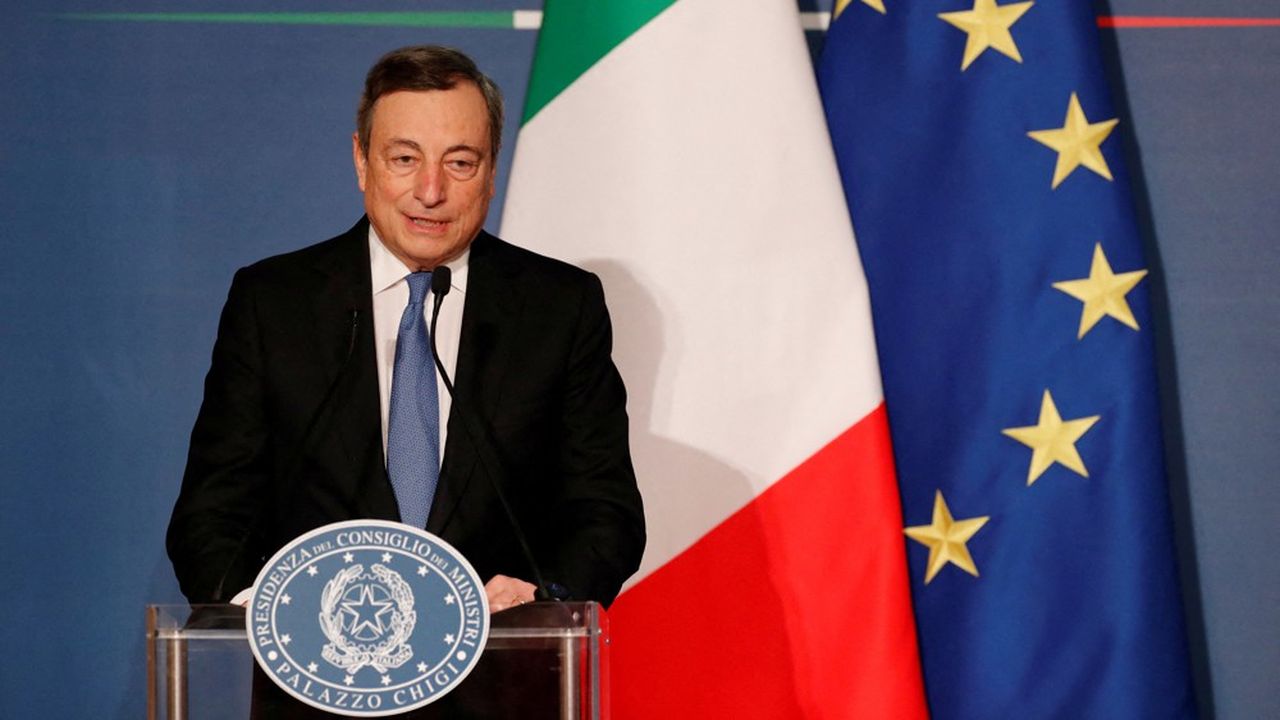 The wheels of the Italian government of national unity are seized up. Behind the facade of unanimity, the Council of Ministers adopted with difficulty the decree imposing the vaccination obligation for all people over 50 years old. The possession of a health pass proving vaccination is necessary from February 15 for all employees, both in the public and in the private sector, under penalty of suspension of wages and a fine of between 600 and 1,500 euros. ” We want to slow down the contagion curve and encourage Italians who have not yet vaccinated to do so Said Mario Draghi.

This measure contributes, in any case, to accelerate the wear and tear of his government, already feverish with the approach of the election of the President of the Republic on January 24. A charge for which the current chairman of the board is given a favorite.

A compromise in pain

This time Mario Draghi had to deploy all his talents as a mediator, who, in nearly a year in power, easily imposed his authority. The first version of its decree provided for an obligatory vaccination for all over 40 and the use of the reinforced health pass to access public buildings, non-essential shops, banks or even post offices. ” We intervene to save lives and preserve the activities undertaken “, Justified Mario Draghi in front of his ministers.

Arguments that did not convince those of the League with the notable absence of the Minister of Economic Development, Giancarlo Giorgetti, one of his close advisers. Known for his pragmatism and moderation, this time he scrupulously followed the line of his party leader Matteo Salvini. It was recalled in a note signed by the ministers of the League. ” A too extensive vaccination obligation would affect the freedom of Italians, they denounce, and would have no scientific basis since the majority of people hospitalized are over 60 years old. “. A finding that met the approval of M5S ministers.

The standoff lasted three hours before the president of the council manages to pull off a compromise on the compulsory vaccination of 50 years. As for access to non-essential shops, the basic health pass will suffice. The satisfaction displayed struggles to forget the difficult and laborious discussions. They bear witness to the end of the climate of national union. The League had already stood out in the past from restrictive measures to fight against Covid-19. But never so frontal and united. As for the other parties, they did not hide their tensions or their reluctance in the face of the President of the Council’s proposals considered too harsh or too light. A taste of what could happen in the coming months. Unless Mario Draghi leaves Palazzo Chigi for that of Quirinale. On the political crisis which would then open, the parties are for the moment just as confused as on the health crisis.

Ceferin charges against the biennial World Cup: “It’s a bad idea and it won’t happen”