Ukraine ensures that Russia withdraws from Kharkiv: it would be Putin’s second major defeat in the invasion 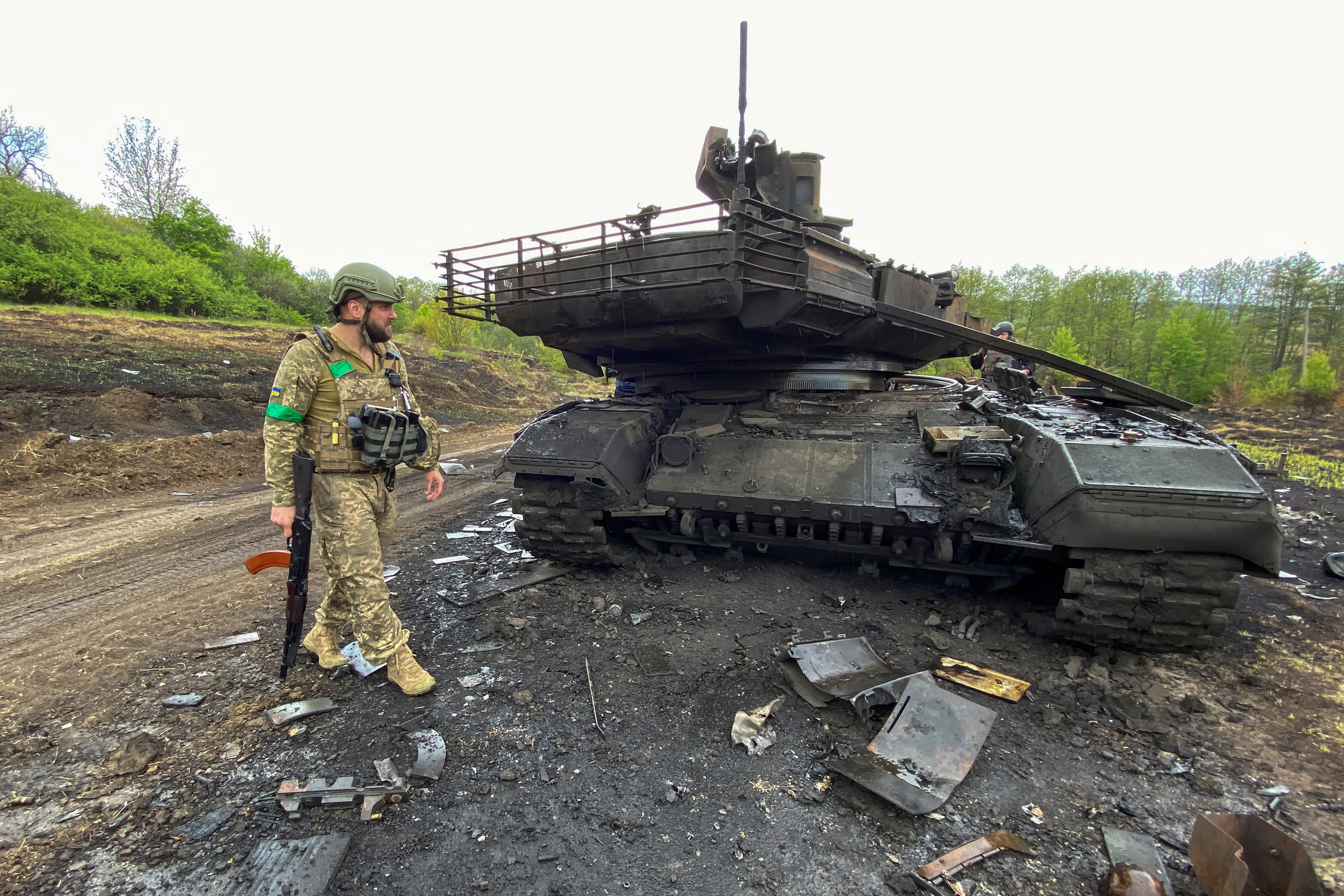 Ukrainian serviceman walks next to a destroyed Russian main battle tank T-90M Proryv, as Russia’s attack on Ukraine continues, near the village of Staryi Saltiv in Kharkiv region, Ukraine May 9, 2022. Picture taken May 9, 2022. REUTERS/Vitalii Hnidyi

The Russian Army is withdrawing troops from the city of Kharkiv, the second largest city in Ukraine, on which it had intensified its bombings in recent days, The New York Times said on Friday.

The newspaper, which cites official Ukrainian and Western allied sources, assures that the Russians have lost ground in this region neighboring Donbas, where are the self-proclaimed republics of Donestk and Lugansk, both recognized by Moscow.

Precisely, The Russian Army intends to control Kharkiv in order to ensure the success of the offensive it has launched on these two pro-Russian regions.

If this situation is confirmed it would be one of “the biggest setbacks suffered by Russia since its withdrawal from kyiv last month”highlighted the newspaper. 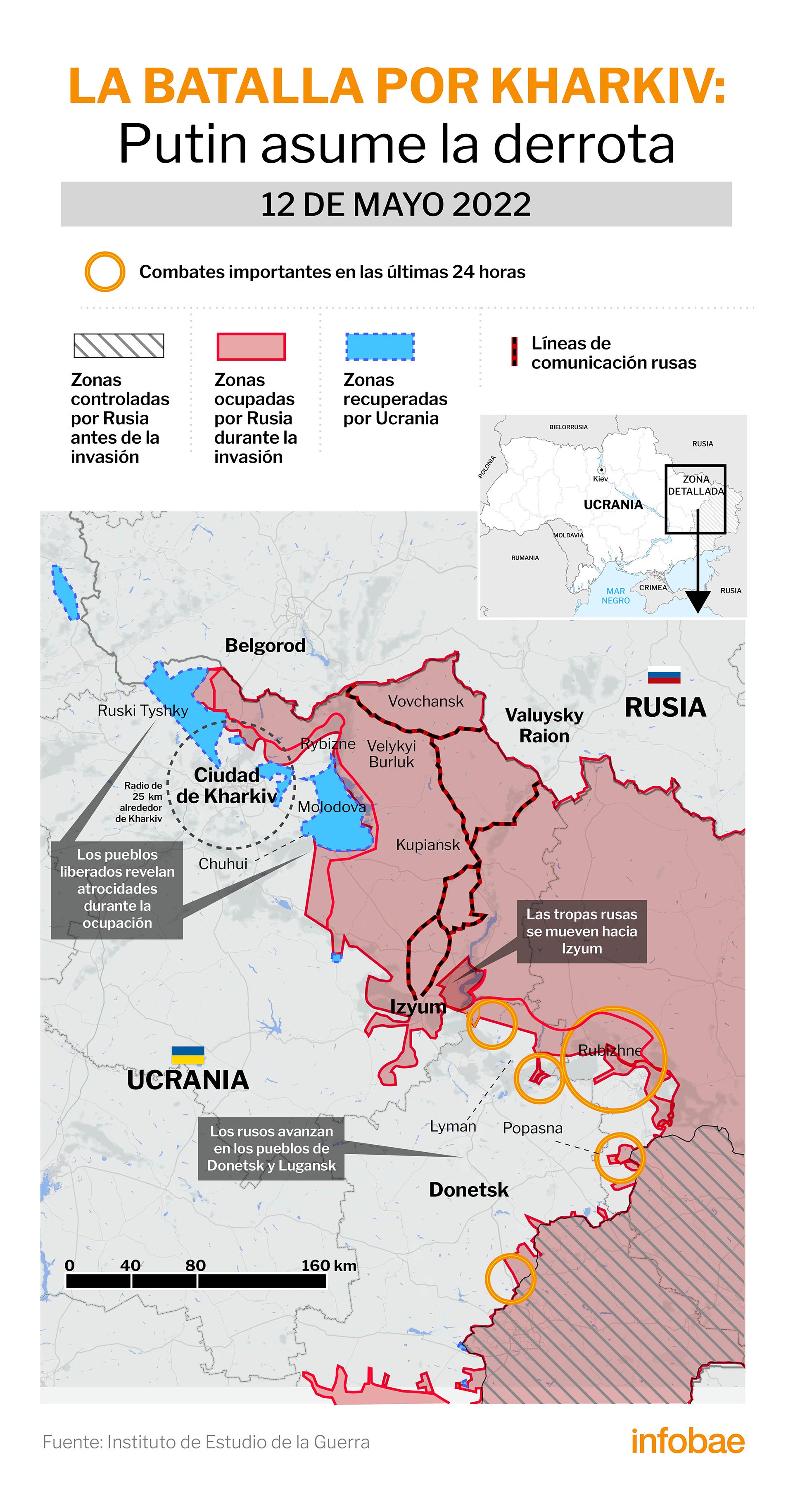 The Ukrainian authorities believe that the Kremlin will probably redirect troops now to the southeast, where he is said to be reinforcing his forces in Izium, a city he captured last month.

Izium, about two hours southeast of Kharkiv, has become a crucial hub for Russia. which appears to be making progress in eastern Donbas, where fighting has been relentless and its forces are aided by pro-Russian paramilitary groups. 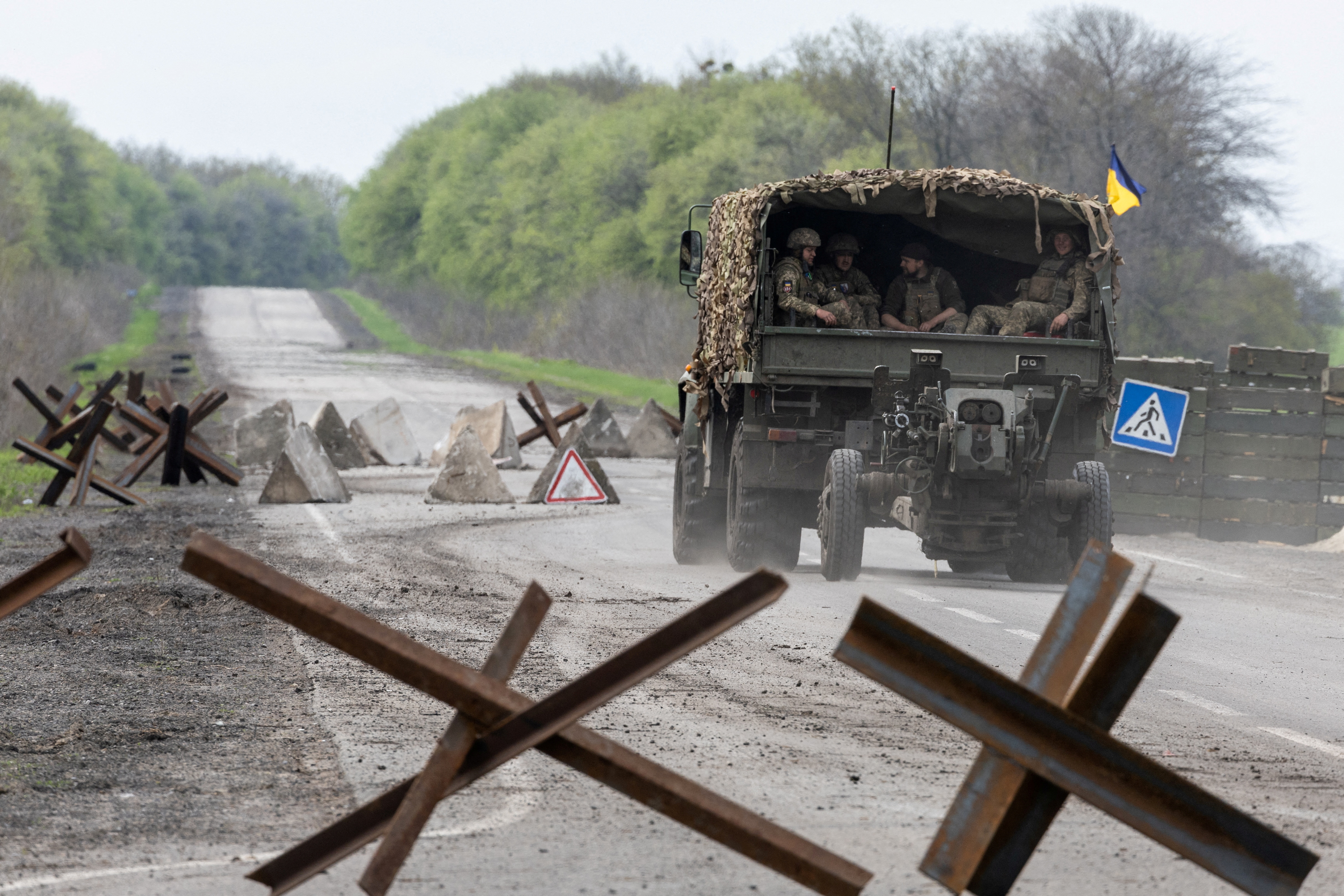 Russia has been trying in recent weeks to establish a corridor that would allow its troops to move from eastern Ukraine to the Crimean peninsula, which it already invaded in 2014.

To do this, it has redoubled its offensive in Donbas and is trying to gain full control of the port city of Mariupol, where only a redoubt of Ukrainian soldiers, mostly from the Azov regiment, resist entrenched in the Azovstal steel mill facilities. .

The fighting continues intense in eastern Ukraine, which according to its presidency denounces that Russia tries to totally control the cities of Rubizhne and Severodonetsk.

The return of the residents

Meanwhile, residents of houses destroyed by the fighting began to return to villages recaptured by Ukrainian forces to the east and north of Kharkiv.

Tatyana Pochivalova, a resident of the small village of Vilkhivka, knelt and kissed the ground outside the ruins of her house as she returned home for the first time in two months on Wednesday.

“Oh, my beloved land,” he lamented. “A sister nation… I never expected anything like this, so much aggression, so much destruction,” she said fighting back tears.

Vilkhivka, near kyiv, was almost completely destroyed after Russian aggression

The battered village of Vilkhivka is a testament to fierce fighting between Ukrainian troops pressing a counteroffensive and Russian forces that once occupied the area.

While Ukrainian troops drove their enemies out of Vilkhivka in early April, the narrow alleyways remain riddled with shrapnel, shell craters and downed cables, and lined with houses pulverized in wood chips and chunks of brick. Three Russian man-portable rocket launchers lay at the intersection of the town’s streets.

Vilkhivka is less than 30 kilometers south of the Russian border, near which fighting is raging between Ukrainian troops and Russian forces.

The Ukrainian military reported new advances on Wednesday that signaled a possible turn in the course of the war, with troops advancing within a few miles of Russia’s border.

With information from EFE

First war crimes trial against a Russian soldier in Ukraine: accused of killing an unarmed civilian
Ukraine assured that the special evacuation operation from Azovstal will begin with seriously wounded soldiers
Previous Post

Atlético de Madrid: Joao Flix, Lemar and Vrsaljko, the only ones absent against Sevilla

The leader’s architect, very excited about what’s to come