“They didn’t even look at me”: Marcelo Pecci’s wife gave details of how the murder of the Paraguayan prosecutor was 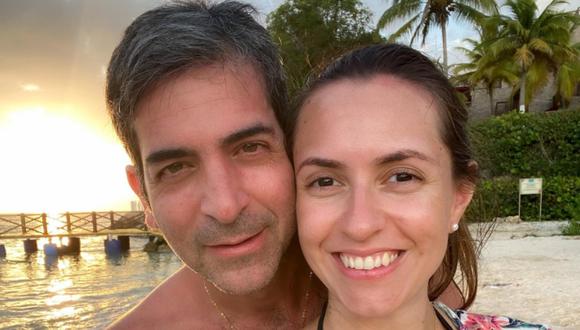 On her return to Paraguay, the wife of the assassinated prosecutor Marcelo Pecci, journalist Claudia Aguilerarevealed details of the attack on the island of Barú, in Cartagena, with one of his colleagues, Oscar Lovera.

Claudia boarded the Paraguayan presidential plane escorted, which took her along with her sisters and the two prosecutors from that country. Although the woman wanted to return with the remains of her husband, the procedures that must be done to repatriate her body need other times and she preferred to return to organize the farewell of the former prosecutor.

According to the Paraguayan ambassador in Colombia, she revealed some details of that process, “from the beginning she wanted to accompany the remains of her husband”, assured the diplomat. But for the procedures, “going to receive him in Paraguay”, he added.

The mortal remains of Marcelo Pecci take 24 hours and for this reason they will arrive on Saturday May 14 in the morning hours.

The couple spent their honeymoon in Colombia and on the morning of the attack, Marcelo and Claudia left the Decameron Hotel to spend the day at the beach to enjoy your last day.

In dialogues with the newspaper La Nación, the journalist Lovera said that, “Around 11:00 am, Pecci had gotten up from the deck chair where he was resting to take a short walk on the beach”.

“He brushed off the dirt a little with the towel and That’s when the attack happened. Everything went very fastsays Claudia”, added his colleague.

The woman commented that the assassins arrived on a jet ski, the murderer “extended his arm directly towards prosecutor Marcelo Pecci, struck the weapon three times”, informed Lovera.

“One of the shots was received in the neck, another in the side. He falls to the ground.”Claudia told her partner.

Claudia Aguilera saw the murderer flee “and people tried, she says, that the tourists who were there tried in one way or another to react because she heard that many said ‘Catch them! Catch them!”, to which the man fired again, “to cover the escape. She gets on the jet ski and they run away, finally taking the time to return that jet ski to where they had rented it that day.”, narrated the journalist.

According to Lovera, Claudia Aguilero did not understand what was happening because “the rumblings weren’t loud enough. He couldn’t describe what kind of detonation it was, he thought it was a game because at first it didn’t sound like a gun”.

The journalist assured her partner that the assassins “They went straight to him. they didn’t look at me”.

The authorities are trying to find information to be able to rule out or validate the hypotheses they have around the case. There would be indications that Pecci’s murderer is a foreigner, specifically from the Caribbean; however, no details have been provided from which country the hitman comes from to avoid cases of xenophobia and information leakage.

It is worth mentioning that this Thursday the version gained strength that the terrorist organization Hezbollah, with the support of the Brazilian mafia, had planned the assassination.

There was even talk that a person close to the prosecutor would have participated in the event, however, the authorities have not openly referred to the issue.

“I can’t reveal that information, but what I can say is that all information is being valued. We are verifying precisely everything, both in Paraguay and in Colombia”said General Jorge Luis Vargas, director of the Colombian National Police.

It was also indicated that four Paraguayan women are being investigated in Colombia who would have arrived on the same flight with the prosecutor and are suspected of being related to criminal gangs. For this reason, the Police monitor the airports of Cartagena, Barranquilla, Santa Marta and Bogotá.

General Zapateiro: they file a new complaint against him for alleged political participation
The brother of a well-known Bogotá councilor was found dead in his apartment
Previous Post

Vaccination: nodes enabled for this Saturday

The head of Ukrainian intelligence affirms that Putin has cancer and that they want to overthrow him: “He is very sick”

UK on alert for seven cases of monkeypox