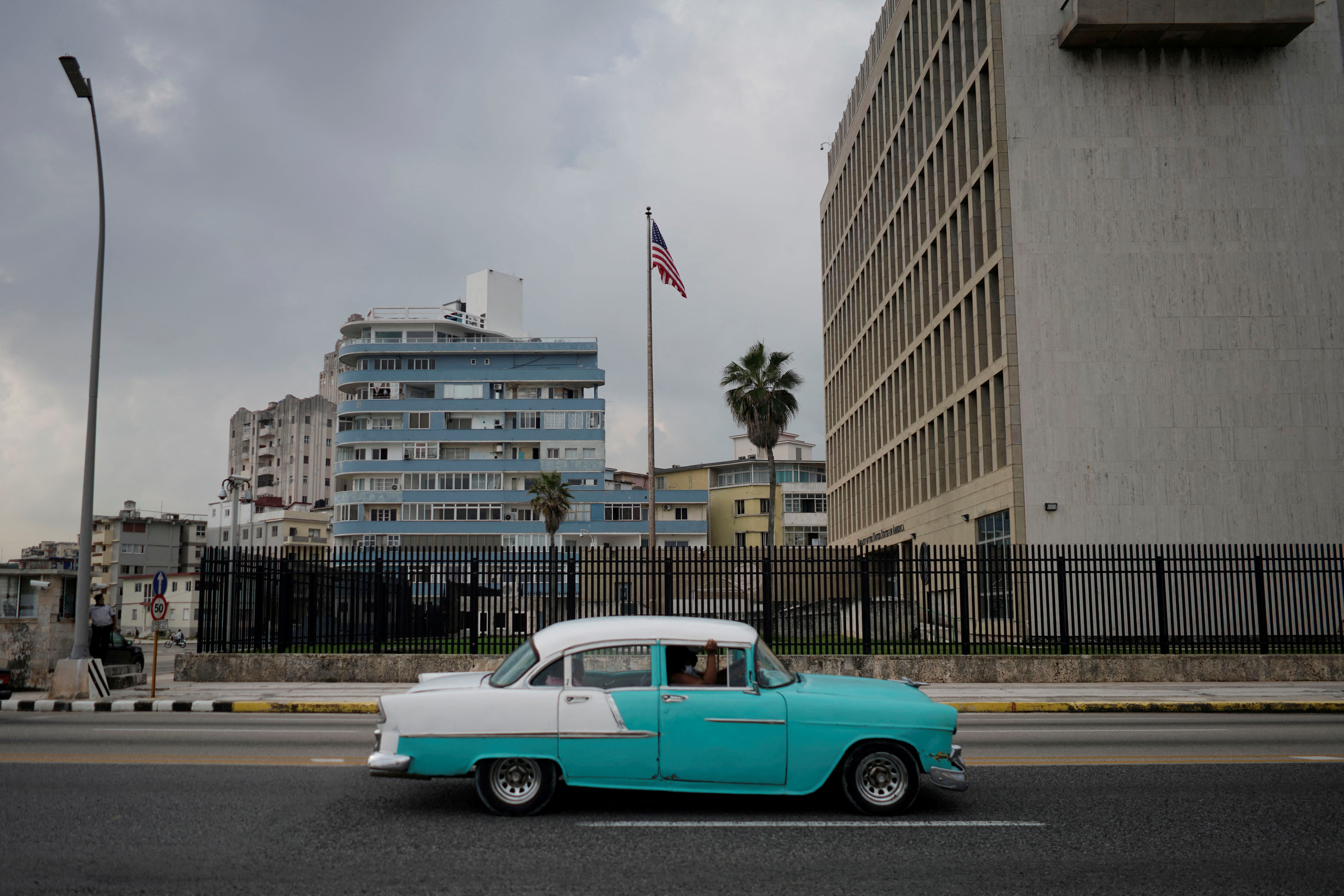 File: a car passes in front of the US embassy in Cuba (REUTERS / Alexandre Meneghini)

USA plans to take a series of measures to review its policy on Cubaincluding relief on some President Donald Trump-era restrictions on family remittances and travel to the islandin addition to dramatically increase US visa processing for CubansUS government officials told the agencies on Monday Reuters Y AFP.

“With these measures we intend to support the aspirations of freedom and greater economic opportunities of Cubans so that they can lead a successful life at home.State Department spokesman Ned Price said in a statement.

The measures, which come after a long review by Washington, mark the most significant changes on the approach to Havana since President Joe Biden took office in January 2021.

First, the United States stressed that it is adopting “a series of measures to increase support for the Cuban people in line with our national security interests. The Cuban people are facing an unprecedented humanitarian crisis -and our policy will continue to focus on empowering the Cuban people to help them create a future free from repression and economic suffering.”

Specifically, the Biden Administration is going to move forward to “facilitate family reunification by reestablishing the Cuban Family Reunification Parole Program (CFRP) and continuing to increase the capacity of consular services.”

“The limited processing of immigrant visas resumed in Havana on May 3, 2022. We will reinstate the CFRP and increase visa processing in Havanawhile we will continue to process the majority of immigrant visa cases at the United States Embassy in Georgetown, Guyana, “he explained in a statement.

Meanwhile, the State Department reported: “We will strengthen family ties and facilitate educational connections for the American and Cuban people by expanding authorized travel in support of the Cuban people. We will authorize regular and charter flights to places beyond Havana.” 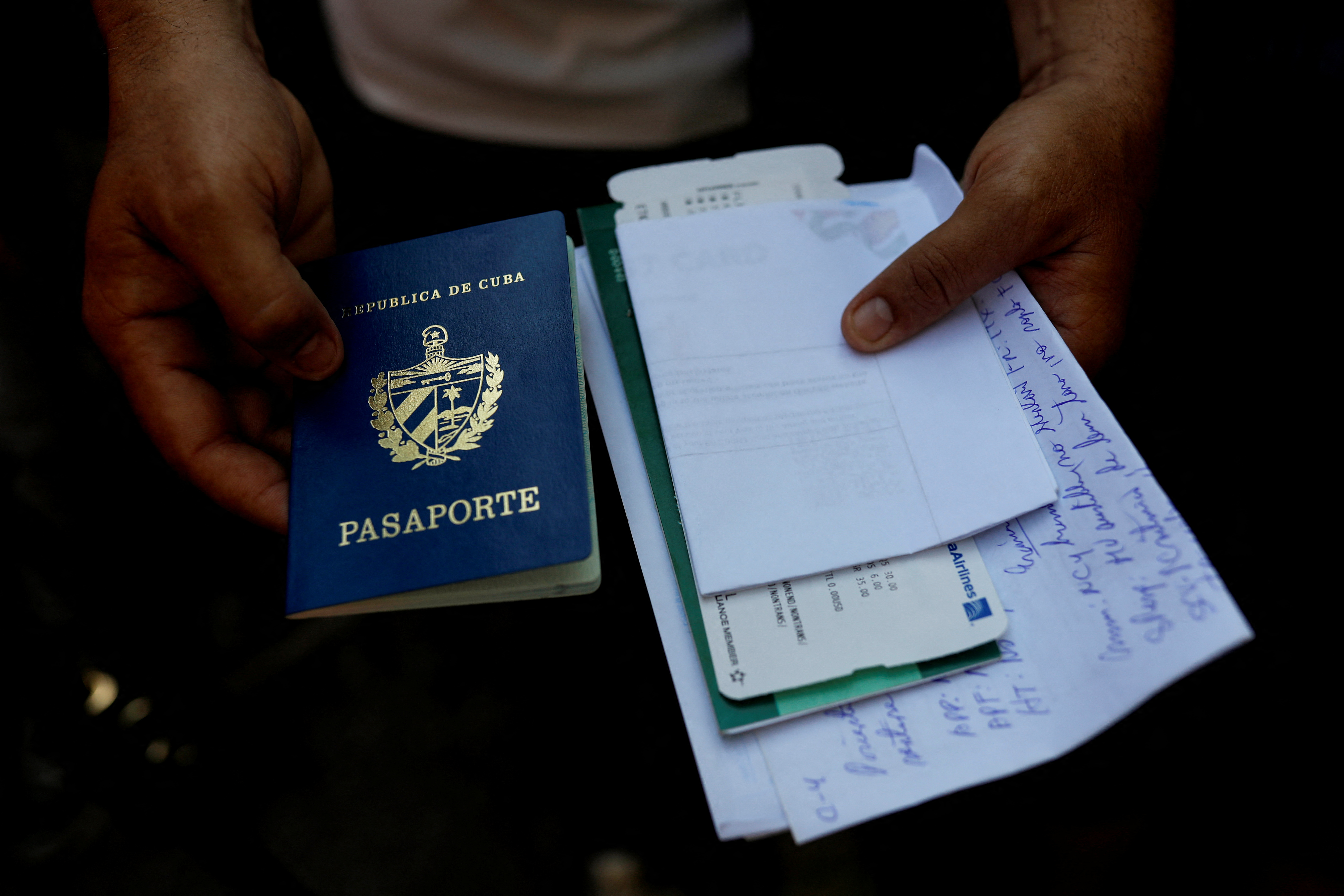 “We will also implement regulatory changes to restore peer-to-peer group travel and other categories of group educational travel, as well as certain travel related to professional meetings and professional research, including supporting expanded Internet access and remittance processing companies and to provide additional support to Cuban entrepreneurs. We are not going to restore individual travel between people”, it was detailed. The category was removed by Trump officials who said Americans on beach vacations abused it.

Along these lines, the US is going to “increase support for independent Cuban businessmen. We will encourage business opportunities outside of the state sector by authorizing access to extended cloud technology, application programming interfaces and e-commerce platforms.”

“We will explore options for expand support for additional payment options for Internet-based activities, electronic payments, and business with independent Cuban entrepreneurs. We will work to expand entrepreneurs’ access to microfinancing and training,” the Biden administration explained.

By last, The US seeks to ensure “that remittances flow more freely to the Cuban people, without enriching those who perpetrate human rights abuses. Specifically, we will remove the current limit on family remittances of $1,000 per quarter per sender-recipient pair. and we will authorize donations (that is, non-family) remittances, which will support independent Cuban entrepreneurs. We will engage with electronic payment processors to promote greater accessibility to the Cuban market. We will not remove entities from Cuba’s Restricted List.”

But the ad does not take relations between the United States and Cuba to the point of the historic rapprochement designed by former President Barack Obamaof which Biden was vice president, which included a less restricted flow of remittances, fewer travel limitations and faster visa services.

Officials said that among the measures announced Monday, the United States would raise the ceiling for family remittancespreviously established in $1,000 per quarter, and would authorize donations to people who are not family members.

However, the representatives made it clear that the United States would not remove entities from a State Department list of companies aligned with the Cuban Government and Armywith which American companies and citizens have forbidden to do business.

“We are going to make remittances flow more freely to the Cuban peoplewithout enriching those who commit human rights abuses,” the official said.

the United States will use “electronic payment processors” civilians for remittances in order to prevent the funds from going directly to the Cuban government, the representatives said. 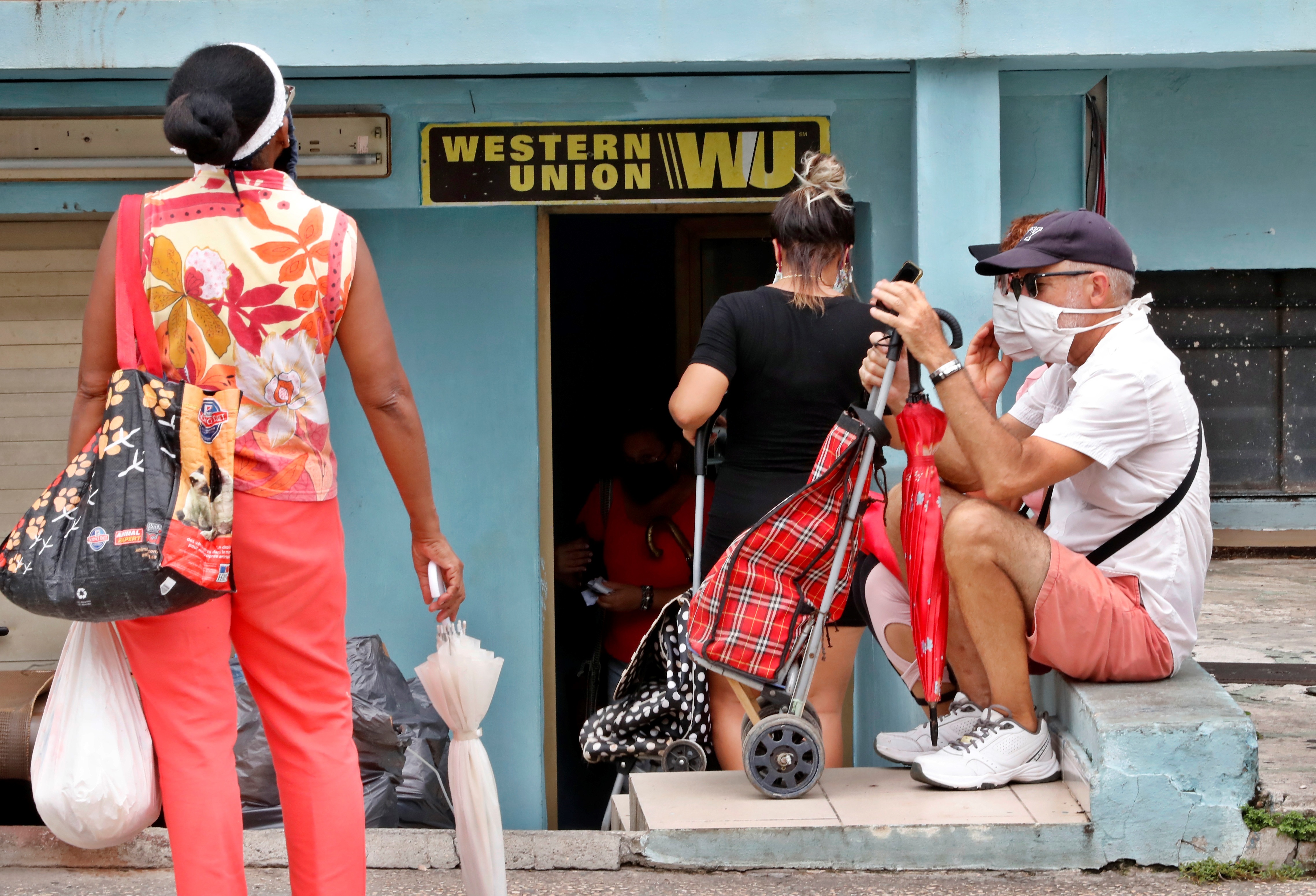 Trump he slashed visa processing, restricted remittances, reduced flights to the island and increased obstacles for US citizens seeking to travel to Cuba for anything other than family visits.

The State Department under Trump slashed embassy staff in 2017 following a series of “anomalous health incidents” that became known as the Havana syndrome.

Instead, Cubans seeking to immigrate to the United States were told to apply for visas in person at US embassies, first in Colombia and later in Guyana, expensive trips out of reach for many.

Hundreds of people were arrested during and after the demonstrationsconsidered by many to be the largest protests since Fidel Castro’s revolution in 1959. Washington has condemned the Cuban authorities for the harsh sentences imposed on some protesters.

The officials said that no decision has been made on whether to invite Cuba to the Summit of the Americas hosted by the United States, despite threats from Mexico and others that they will not attend unless all countries of the Americas are invited.

(With information from Reuters and AFP)

The US and Cuba resumed dialogue on migration issues: it is the first high-level rapprochement since the arrival of Joe Biden
Previous Post

Maduro strengthened his bond with Putin: he appointed his ambassador in Moscow as the new chancellor of the Chavista regime