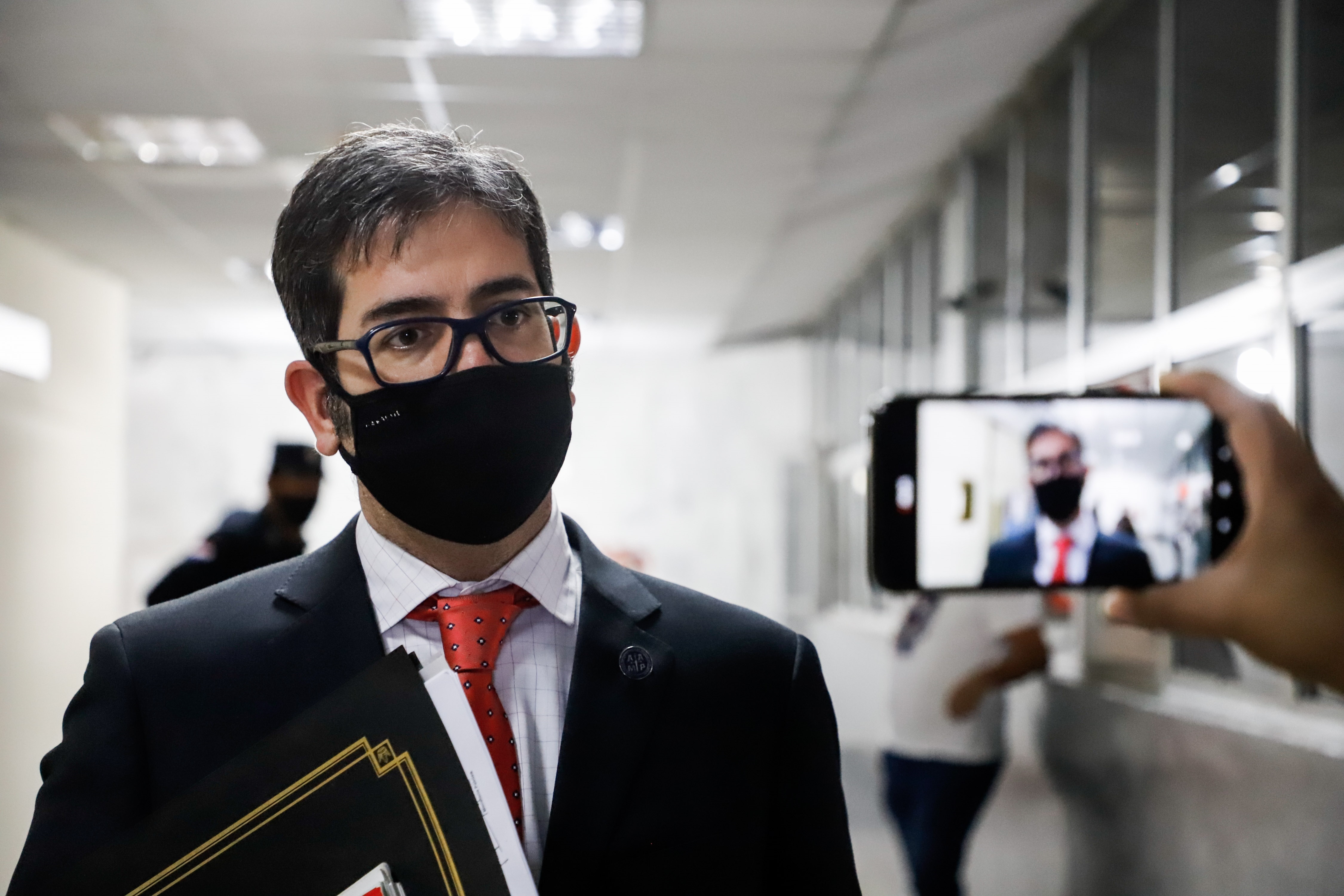 In the image, the fiscal agent Marcelo Pecci. EFE/Nathalia Aguilar/File

On May 10, the world was shocked by the murder of Paraguayan prosecutor Marcelo Pecci, while he was enjoying his honeymoon on Barú Island, in Cartagena. The investigations into this case, both in Colombia and Paraguay, have led the authorities of that country to decide to seize the cells of several Colombians who are serving a sentence in a maximum security prison.

Among the Colombians who were requisitioned is drug trafficker John Wilson Diaz Velezwho also handled another identity as Marcelo Raymon Díaz Vélez and who was captured in Paraguay in 2019 with 457 kilos of Bolivian cocaine. For the Paraguayan authorities, this Colombian could be a key card behind the murder of prosecutor Pecci; According to local sources quoted by the newspaper El Tiempo, in his maximum security cell in the Tacumbú prison they found important telephone material that is being analyzed.

Díaz Vélez was captured on June 14, 2019, in the middle of an operation called ‘Pescador’, carried out by the authorities of that country in Asunción, the capital, where they found him in ‘The Tower’, a luxurious building located on Avenida Santa Teresa, where the capo had his home. In addition, they also linked him to the shipment of up to 900 kilos of Bolivian cocaine to Spain.which is why since 2012 he had an international arrest warrant for extradition purposes to Peru, but the Paraguayan authorities decided not to follow that instruction and sentence him in that country for the crimes of drug possession and trafficking.

This Colombian narco was one of the ‘drug lords’ that, throughout his years as a prosecutor, Pecci brought downThat is why the Paraguayan authorities cannot explain why the official traveled to Colombia without any protection. The director of investigation of punishable acts in Paraguay, Commissioner Cesar Silguero, told the media that, taking into account this background, it was decided to requisition the cell of Díaz Vélez and other prisoners.

The reason why it was not decided to extradite him, but to convict him in Paraguay was because the Colombian already had a record in that country. In 2011, the mayor of Warnes, Mario Cronenbold, he was sentenced to three months in detention in Palmasola for the crimes of criminal association, trafficking in controlled substances and legitimization of illicit profits; all this because it was known that he worked with John Wilson Díaz Vélez and his brother Alexander Díaz Vélez, wanted at that time by the authorities for being linked to drug trafficking.

To Mayor Cronenbold after the authorities of that country obtained an order to carry out a search of his home in search of evidence about his alleged link with the Colombian drug trafficker. Indeed, in the midst of the police work, the tests carried out in the official’s vehicle were positive when detecting traces of drugs. The authorities condemned him and pointed out that he had several encounters with Colombian criminals.; however, the mayor pointed out that he had only met the Díaz Véles brothers at a soccer game and pleaded not guilty.

But against him, the Prosecutor’s Office brought up a check for 100 thousand dollars that had been collected by Mayor Cronenbold through the checking account of Claudia Liliana Rodríguez Espitia, money that, for the Paraguayan authorities, was sent to her by the Colombian drug trafficker.

The scandal for which the authorities linked Díaz Vélez with Cronenbold was about a drug shipment to Spain through a ‘narcojet’ in 2011, the year from which John Wilson was considered a fugitive from justice by the Paraguayan police. The narco worked with Bolivian cocaine and his main destination was Spain, but he used Paraguay as part of a criminal route. The Prosecutor’s Office explained that the illegal aircraft left from Bolivia and landed on clandestine runways in Paraguay, to later travel to Brazil or Argentina and from there they had Europe as their final destination.

In the midst of the years in which Díaz Vélez was a fugitive from justice and denied his links to drug trafficking, people close to his social circle were convicted of this crime. For example, the Bolivian model who was his girlfriend, Mariana Molina, was arrested and charged with money laundering. In addition, after ending her relationship with Diáz Vélez, she maintained a close relationship with a detained police officer accused of selling protection to drug traffickers.

Russian invasion LIVE: Finland confirmed to the Kremlin that the attacks on Ukraine led them to seek protection in NATO

Atlético de Madrid: Griezmann, at his ‘home’ to end his worst streak

Villarreal: Roig: “If they weren’t in Europe, decisions would have to be made and the squad would be shorter”

Perotti criticized the centralism in the distribution of resources