“The first time I proposed to my mother I was three years old”: this is how “La insumisa” begins, the autobiography of Cristina Peri Rossi 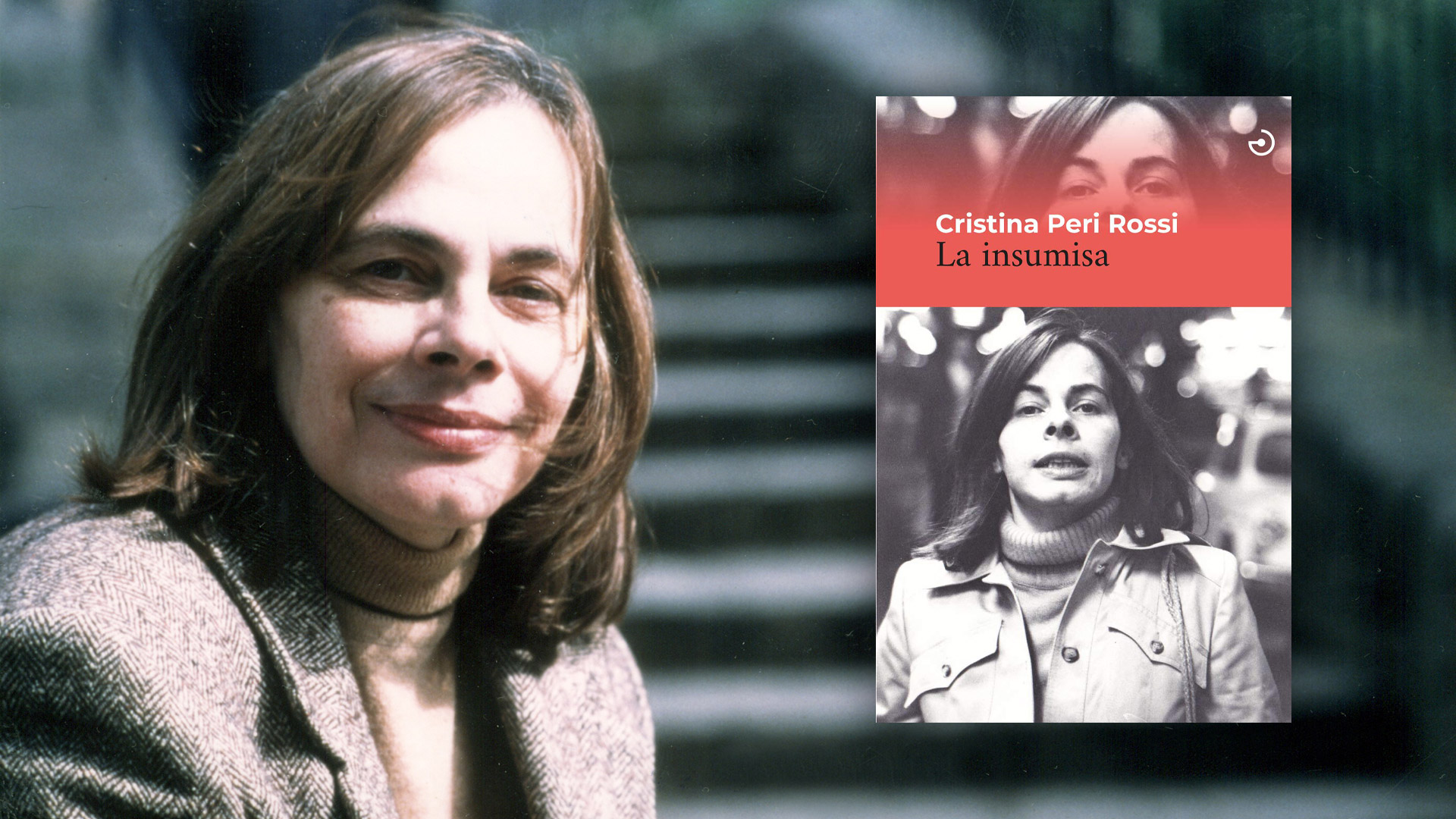 “I intended to marry her,” says, without anesthesia and with tenderness, the narrator of the rebelliousthe new novel Cristina Peri Rossi, the Uruguayan who won the Cervantes Prize in 2021. “She” is the mother and the rebellious It is presented as an autobiographical text.

In its pages the author tries to answer a key question: how has she become who she is. “It is an autobiographical novel of my childhood and youth with which I feel identified, and perhaps it answers a question that we all ask ourselves at a certain point in life (I asked myself since childhood), why am I who I am and how am. And let’s not forget age. At my age evocation is frequent”, the author, who was born in 1941 in Montevideo, was able to say.

His time and his hometown, he believes Peri Rossiappear in this book: “I believe that the novel does not float only in the sphere of the self, it indirectly reflects something of Montevideo from the 40s to the 60s, a popular neighborhood, El Reducto, a social class and a town in the interior” , said. 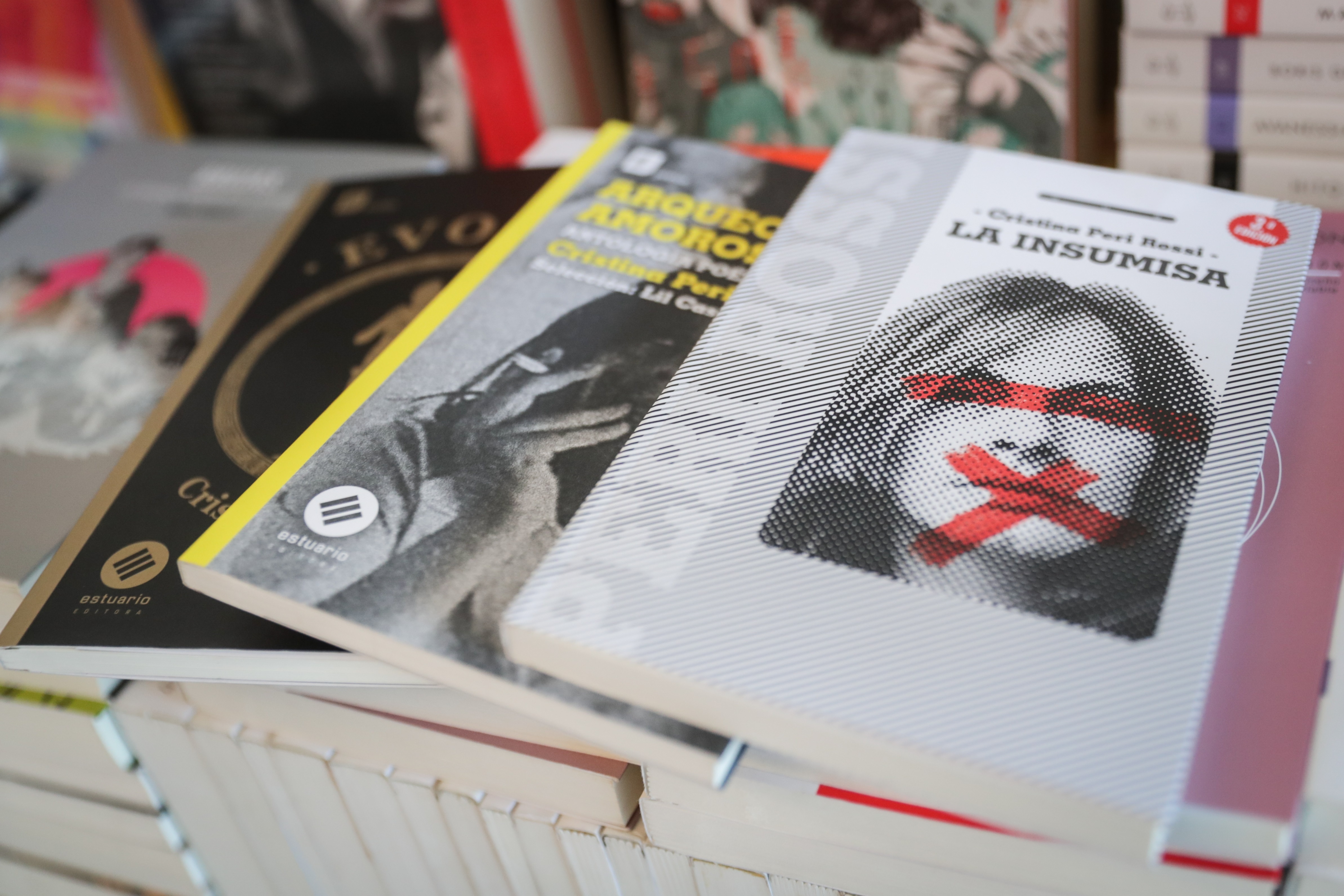 The author was born into a family of Italian immigrants and her father died when she was young. The strong figures around her were that mother she wanted to marry and a communist uncle with a huge library. But she was not at her uncle’s but at a public library where she found a book that would change her life: the second sexby Simone de Beauvoir, a bible of feminism.

He would never make love with his mother but yes with other women, to whom he dedicated sensual poems. In 1963 he put out his first book; They were stories. In 1969 her first novel came out, my cousins ​​book. That it would give him many satisfactions, among them a letter of Julio Cortazar expressing his admiration. Cortázar would be her friend, she would talk to him about love, she would write poems to him (and she would recount that bond in another book, Julio Cortazar and Cris).

Active in politics, in 1972 -shortly before the dictatorship began in Uruguay- Peri Rossi he went to live in Barcelona “until it subsides”. And she never came back.

In 2021 she was the winner of the Cervantes Prize, the highest distinction of literature in Spanish. Because she was ill, her award was received, on her behalf, by the actress Cecilia Roth. In the speech that Roth read, Peri Rossi talked about her life. Of the books that marked her; among them, the Ana Frank’s diary and the Quixote.

In 2019 he had received the José Donoso Ibero-American Prize for Letters, awarded by the University of Talca, in Chile. Before, the Don Quixote of poetry and many more.

Now she reviews her life herself. So:

The first time I proposed to my mother, I was three years old., (according to biologists, the first years of our lives are the most intelligent. The rest is culture, information, training). I had serious purposes: I intended to marry her. My mother’s marriage (of which I was an early child) had been a failure, and she was sad and distraught. Domestic animals instinctively understand the emotions and feelings of beings and try to accompany them, comfort them: I was a three-year-old domestic animal.

The short time that my father was at home (appearing and disappearing without warning was a form of power) they argued, they made mutual reproaches and through the air —like a black storm cloud— he planned a dark threat. Instead, my mother and I were a perfect couple. We had the same tastes (classical music, traditional stories, poetry and science), we shared the games, the emotions, the joys and the fears. What more could a couple ask for? We were not, otherwise, completely equal. At three I had a keen instinct for adventure, which my mother lacked (or the marriage had nullified), and a love of wildlife that my mother found a bit vulgar. Still, she allowed me to raise a fox, a cranky ostrich, and several rabbits.

But unlike my parents, my mother and I, whenever a conflict arose, we knew how to negotiate. When I became infatuated with a baby elephant at the zoo and stated that I was not willing to go home without it, my mother offered me a small calf in return, which I was able to raise in the back garden. (I suspect my father ate it. One day when I woke up, the baby calf was no longer grazing on the lawn. My father, that day, made barbecue.)

“I was willing to protect her (something my father had not done), even if I was scared many times myself: love is generous”

My mother listened very carefully to my proposal. (She always listened to me very carefully, as children should.) I think she was flattered. Her unhappy marriage to my father made her feel very unhappy, and she needed to be loved tenderly, respected, admired; She understood that all those feelings (plus a strong desire for reparation) I offered her in a generous and selfless way, like a medieval troubadour.

After listening carefully to my proposal, my mother told me that she also loved me very much, that I was the only joy in her life, rather sad, and that she appreciated my affection, my understanding and all the love that I gave her. They seemed like very fair words to me, an apt description of our relationship. Now, my mother explained to me: our marriage could not be celebrated, for the moment, since I was still very small. It was a reason I could understand. My mother was a beautiful woman (she had huge eyes “the color of time.” I found the description, years later, in a novel by Pierre Loti), intelligent, cultured, although fragile and frightened. I was willing to protect her (something my father had not done), even if I was scared many times myself: love is generous. She was also willing to wait as long as it took to get married.

“He did not dismiss my proposal, he did not disappoint me, but he established a reasonable and fair reason to postpone our wedding.”

I will always thank my mother for giving me that answer. She did not dismiss my proposal, she did not disappoint me, but rather she established a reasonable and fair reason to postpone our wedding. Also, she encouraged me to grow. From that day on, I tried to eat more (I was quite unappetizing), accepted the vitamins and the awful cod liver oil, in the hope of speeding up my growth, and finally being big enough and old enough to marry her. .

Back then, relatives, neighbors, and all those foolish, unsuccessful adults had an ugly habit of asking children what they would do when they grew up. I, with absolute conviction and security, answered: “I will marry my mother.” I imagined a heavenly future, full of peace and harmony, of fabulous readings, exciting walks, opera evenings (my mother had a wonderful soprano voice), tenderness, complicity and happiness. What more could a couple ask for?

As I grew older (more slowly than I would have liked) I renewed, from time to time, the promise of marriage that I had made to my mother. He did not yet know that the troubadours had only one (distant) lady, but he sensed that it must be so. An eternal love, delicate, faithful and courteous

found the largest plant in the world

Prieto Iglesias: “I didn’t imagine that my end would be like Sunday at El Molinn”

Athletic: Uriarte: “I used to cut my hair like Guerrero, a great player, but over the years you stop having idols”

Last minute of the war in Ukraine

Some tweets from 11 years ago close the door of Bara to Elvis Coca: