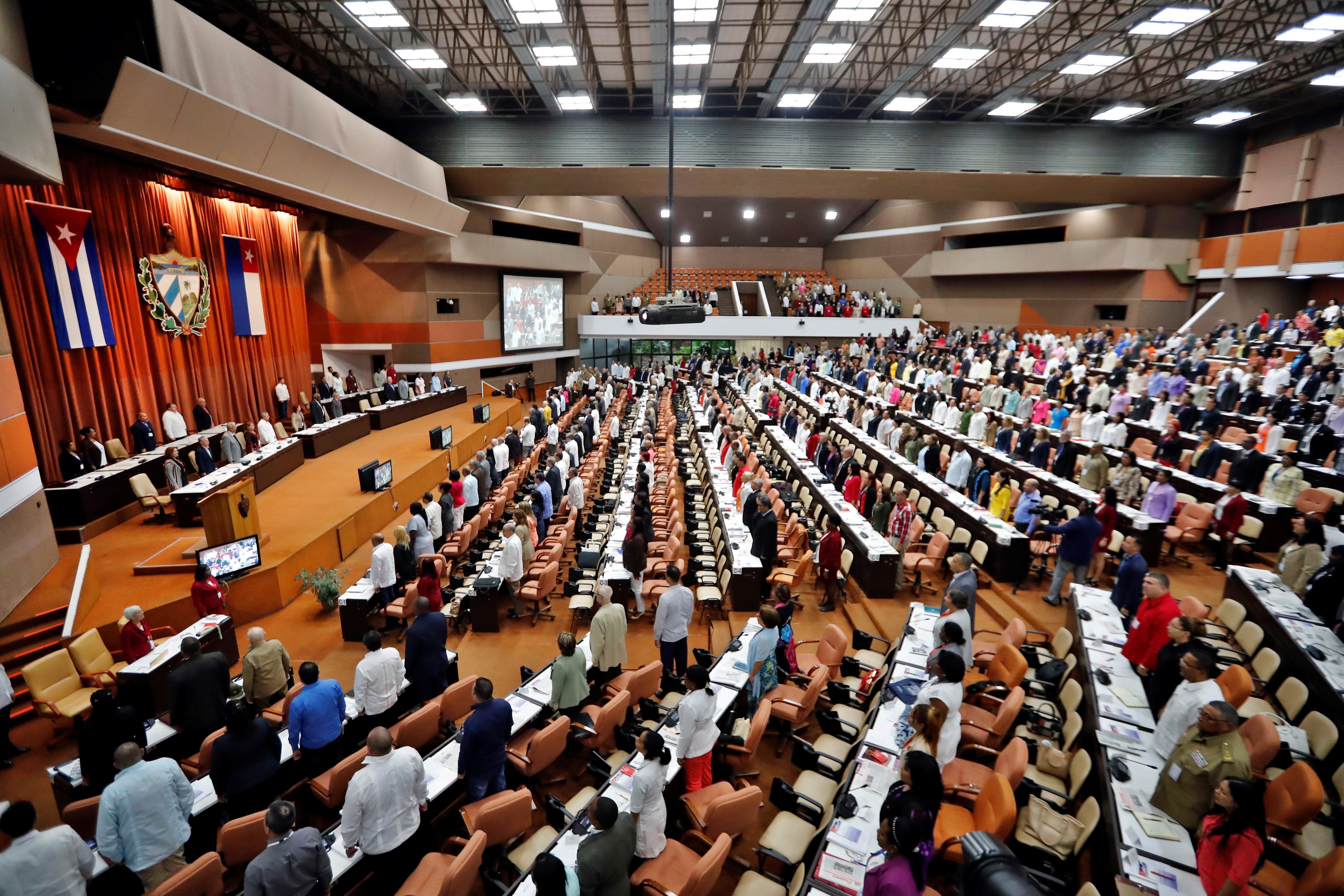 It punishes crimes on the internet and the external financing of certain activities: the new Cuban Penal Code, which must be approved by Parliament this Saturday, seeks to “protect” the socialist system at a time of strong tension after the historic protests of July 2021.

As explained by its own authors, the Code “protects the socialist political and state system, from the set of actions and activities that are committed against the constitutional order and with the purpose of creating a climate of social instability and a state of ungovernability.”

It was only published as a draft on the Attorney General’s website in March, the text aroused rejection among the dissidents to the communist regime.

“The new Criminal Code it is a new twist of the screw of the regime to intensify the repression against the citizens”, said to the AFP René Gómez Manzano, president of the Corriente Agramontista, the oldest organization of Cuban opposition lawyers.

This project is part of a series of laws, such as food sovereignty, the family code and personal data, aimed at complement the new Constitution approved just in 2019.

In the extraordinary meeting that Parliament will hold on Saturday, several of these bills will be presented to the plenary, including the Penal Code to be voted on by the deputies. 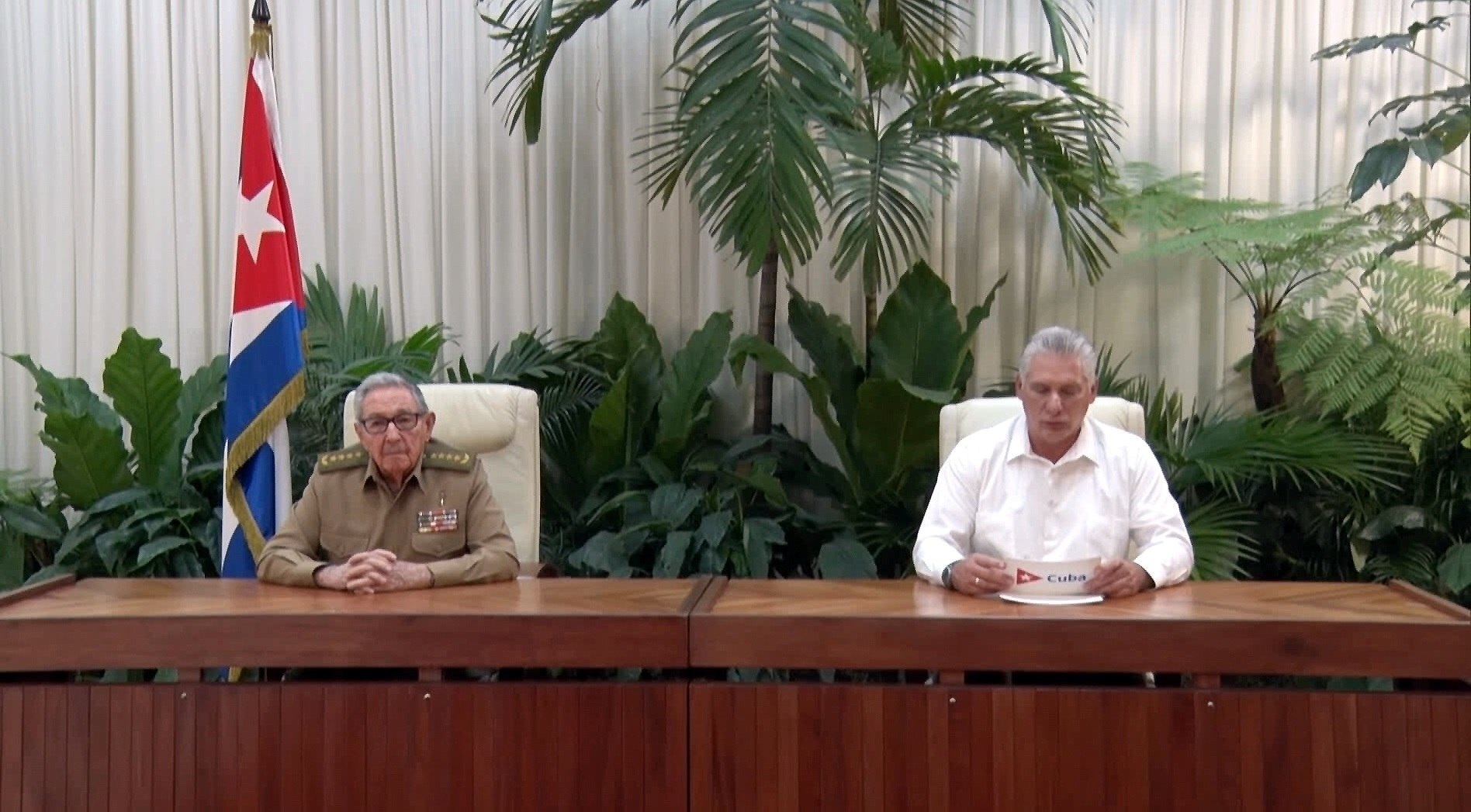 Archive image of Miguel Diaz-Canel, leader of the Cuban regime, and Raúl Castro, former leader of the Communist Party of Cuba, during an announcement in Havana (EFE)

“It is not the code that Cuba needs”

“It is striking that, unlike the Family Code, this new legal body is being cooked in a reserved manner”warns Gómez, a 77-year-old lawyer, former political prisoner and dissident activist.

The Family Code, which includes the legalization of gay marriage, the “solidarity” womb and the recognition of several parents, has been highly publicized and submitted to a wide popular consultation, to later be put to a referendum.

The penal code classifies 37 new crimes related to “telecommunications, information and communication technologies”explain the authors, a multidisciplinary team specially designated for its preparation.

Is about a way to respond to the arrival of mobile internet since the end of 2018which has shaken Cuban civil society and generated other areas of possible crimes, including political ones.

This legislation also comes after the historic demonstrations of July 11 and 12 in Cubathe largest in 60 years, which left a balance of one dead, dozens injured and more than 1,300 detainees, many of whom have been sentenced to sentences of up to 30 years.

“It is not the Penal Code that Cuba needs,” he told AFP the jurist Harold Bertot, until recently an academic at the University of Havana, now in Madrid, doing research. “Chronologically, its discussion and eventual implementation coincide at a time of political and social tension in Cuba”estimated.

The Code “commits to criminal expansionism, the hardening of penalties, and (it is) designed to have a notable impact on Cuban political activism”he added. 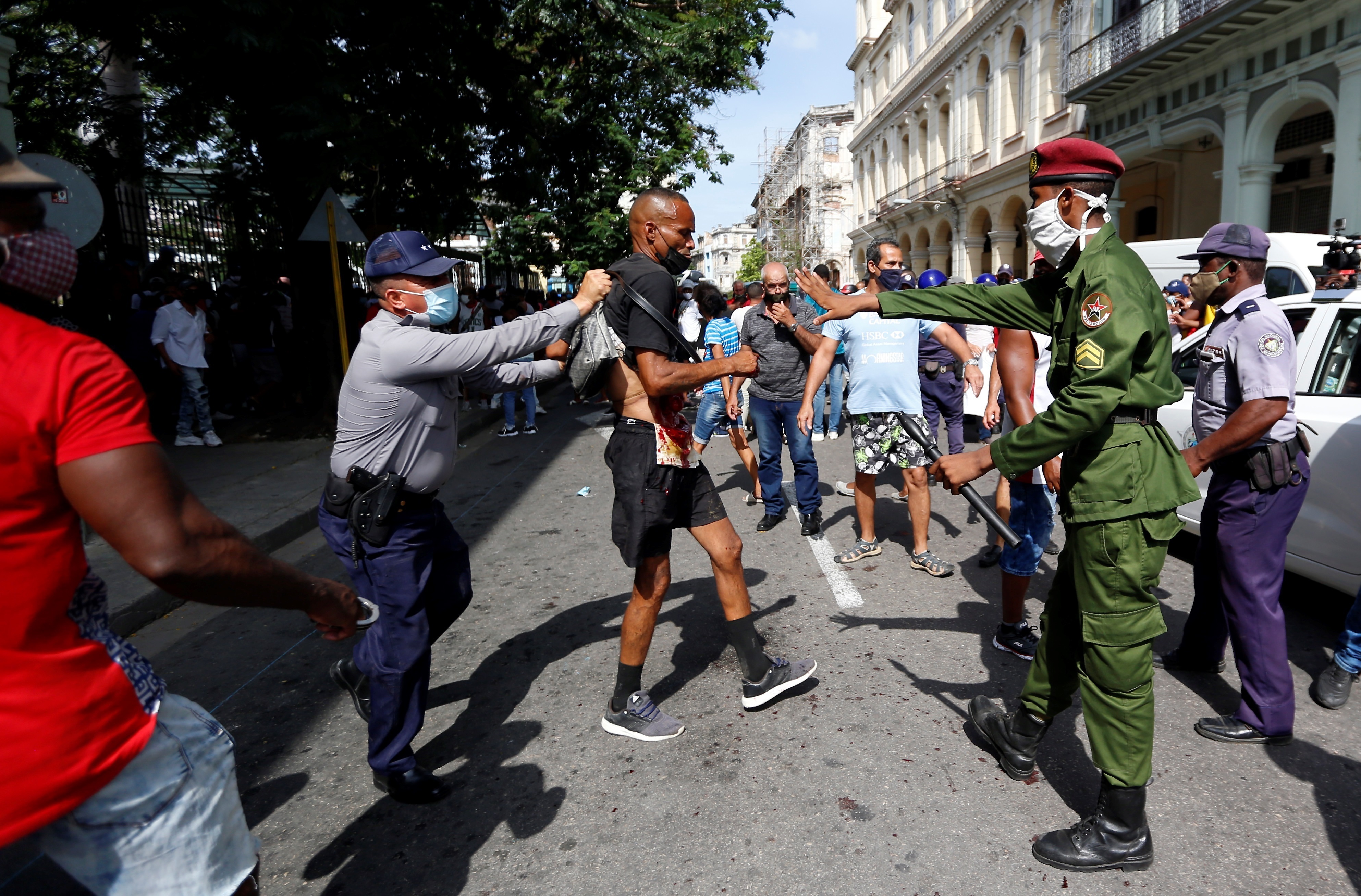 File photo: Police officers arrest a man during an opposition demonstration on July 11, 2021 on a street in Havana, Cuba (EFE/Ernesto Mastrascusa)

In the text, a figure is added to the crime of “public disorder” that penalizes individual or group demonstrations, while in acts “against the security of the State” another figure is inserted to punish the external financing of non-legal activities.

Opposition digital media outlets, activists and dissident groups are accused of “mercenaries” for receiving funding from US agencies and NGOs, for which they could now be prosecuted with sentences of four to ten years in prison.

“In a country where private media are illegal and journalists don’t have the possibility of obtaining local financing, Banning foreign funding is a death sentence for independent journalism.” The Committee to Protect Journalists (CPJ) reacted in February.

Thus, the current crime of “enemy propaganda” becomes “propaganda against the constitutional order”, while crimes against public order will include the “dissemination of false news or malicious predictions in order to cause alarm, discontent or misinformation”point out the authors of the Code.

Bertot also considers that the law provides for “a not insignificant number of crimes of the death penalty as a sanction, even when its ‘exceptional’ character is recognized, it goes in the opposite direction to criminal tendencies in the American continent itself that have opted for its abolition”.

In the first decades of the revolution, “el paredón”, capital punishment by firing squad, was frequently applied as a deterrent. Since 2000, however, a de facto moratorium was applied, which was only broken in April 2003, with the execution of three hijackers of a boat with 50 passengers in the bay of Havana, trying to emigrate.

The Cuban regime sentenced five people who protested against the dictatorship to sentences of up to nine years in prison
Cuba: dissident Guillermo Fariñas was subjected to a “coercive interrogation” after his tour of Europe and the US
The United States reiterated that respect for democracy “is essential” to participate in the Summit of the Americas
Previous Post

Who is the Bosnian narco who exported cocaine to Europe, who was arrested in a market in Escobar | Chronicle

A small plane crashed in Miami: one dead and five injured

On a key day, Turkey reaffirms its rejection of Sweden and Finland joining NATO: “Don’t even bother”