The best memes that left Friday the 13th 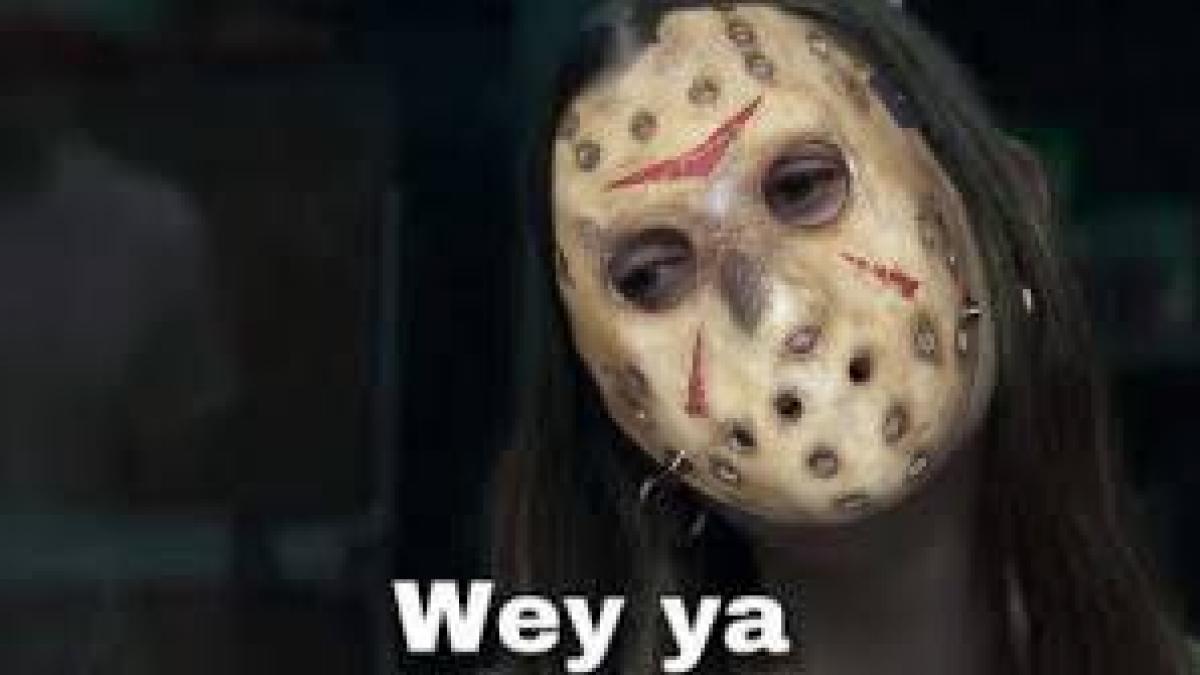 Today is Friday the 13th and everyone knows it. The memes have not been long in coming on social networks but the reason why this day is so important every year goes back centuries.

Friday alone has a negative association because relates to the day Jesus was crucified. the author of The Canterbury Tales, George Chaucer, describes in a book that friday equals misfortune.

And perhaps some wonder what does 13 have to do with it? Well, this number also is associated with the day that Jesus was betrayed, since the attendees of the last supper was 13 counting judas.

13 is related to imperfection since the number 12 governs our daily life, like the months of the year, the hours of the clock and the signs of the zodiac while it becomes the counterpart.

Many more anecdotes and beliefs surround the Friday the 13th. Nevertheless, the origin of memes dates back to the eighties when a film franchise became very popular.

The movie Friday the 13th premiered on June 13, 1980 and belongs to the horror genre. The plot takes place in a camp Crystal Lake where two murders and one drowning death occurred in the lake.

The camp is closed for a while, but when it reopens its doors, terrible murders caused by the character of Jasonthe famous killer with the hockey mask.

Here are the best memes that have left the networks this Friday May 13, 2022: 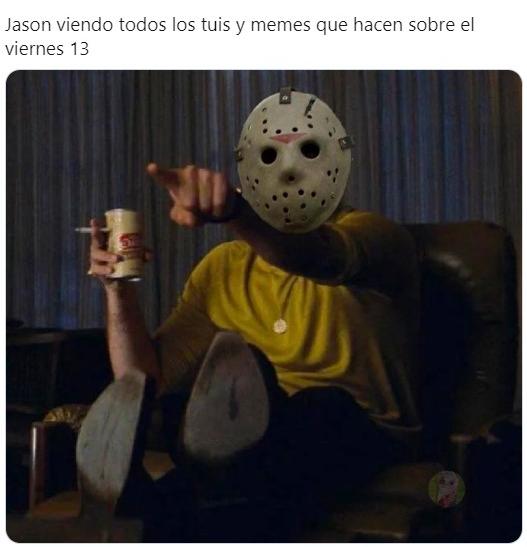 Meme of Jason from Friday the 13th laughing at the memes in his living room. (Photos/Twitter)

Since social networks became one of the most important means of communication in the world, the tradition of making memes on holidays, vacations or days of superstitions continues. In addition to murder Jason eagerly awaits the Friday the 13th to be the center of attention. 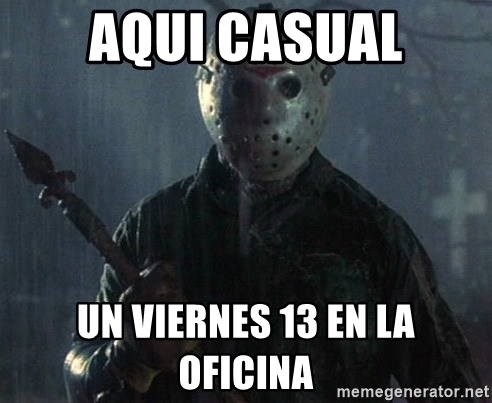 Meme scene from the movie Friday the 13th. (Photos/Twitter)

Just as for some their work consists of writing meme notes in Friday the 13ththe work of Jason is to murder people tonight. 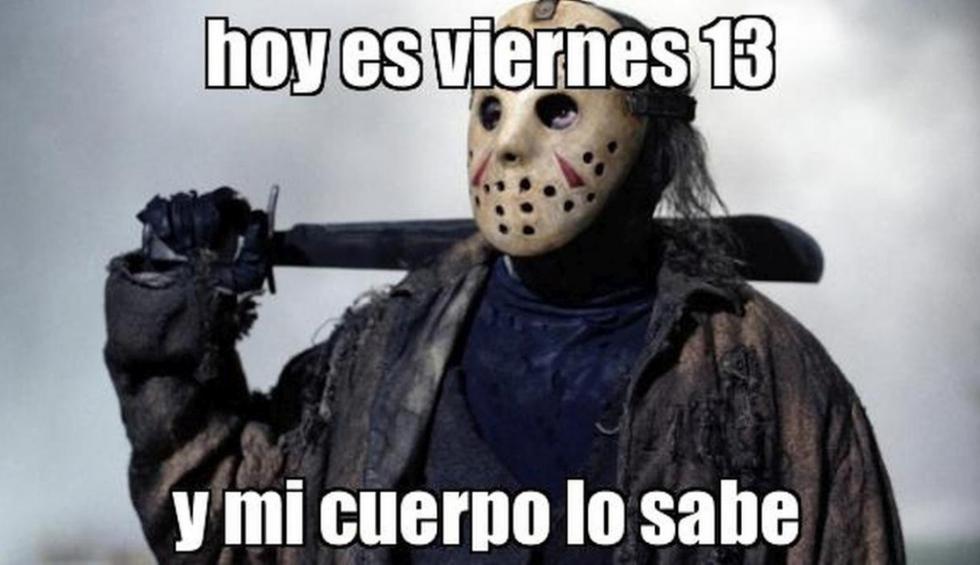 Scene from the movie Friday the 13th now turned into a meme. (Photos/Twitter)

This day usually becomes a celebration because it is the last of the week, perhaps going out to enjoy with friends. That’s where the famous phrase comes from “It’s Friday and the body knows it”although the body of Jason He won’t ask you to dance tonight. 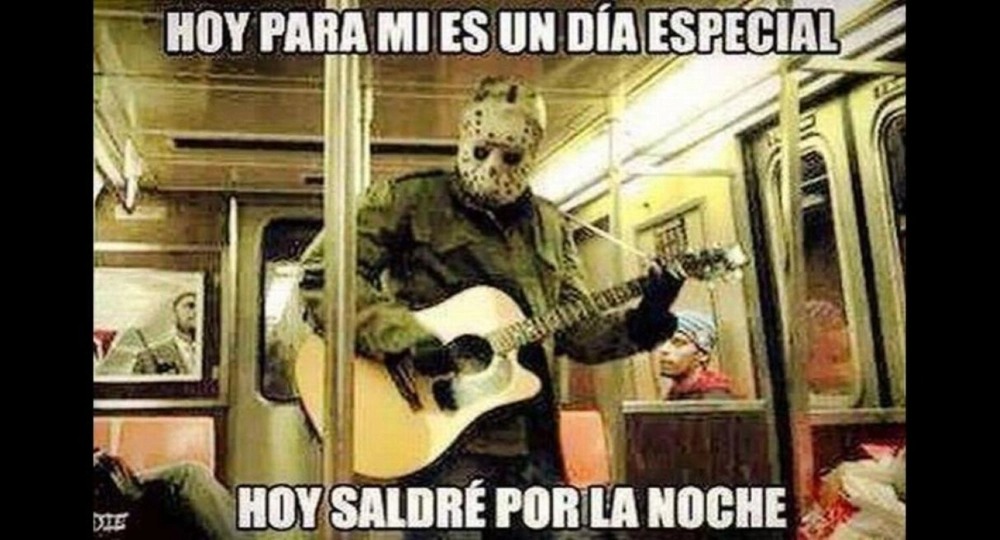 Image of a subject disguised as Jason playing the guitar in some subway in the world. (Photos/Twitter)

That Friday the 13th franchise wasn’t making him much money. Jason he had to change his profession because he no longer had enough to support him and now he dedicates himself to singing songs on the subway Mexico City. 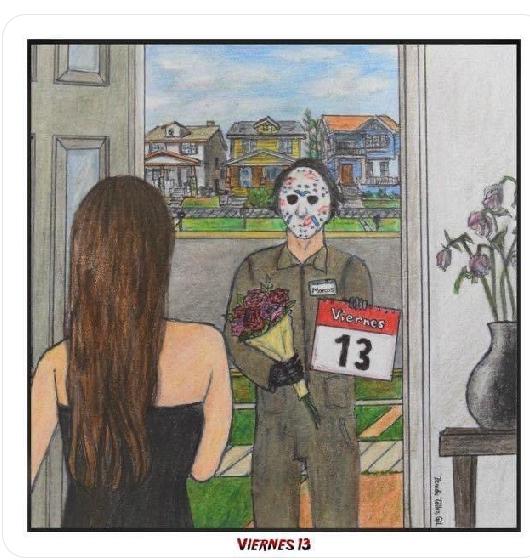 Animation of Jason from Friday the 13th bringing flowers to a girl. (Photos/Twitter)

It’s not all cold-blooded murder. Apparently the most famous murderer in cinema does have a romantic side. 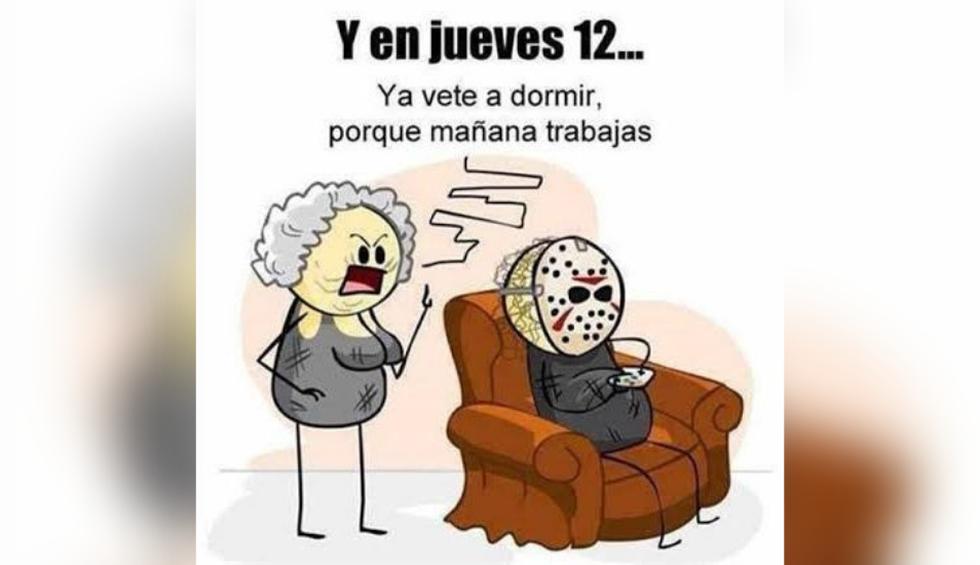 All including the protagonist of Friday the 13th have a nagging mom or grandmother. 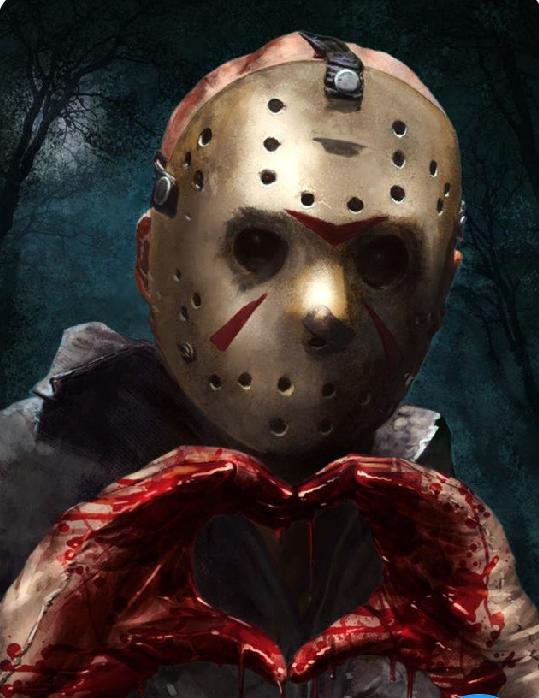 Meme of Jason from Friday the 13th making a heart with his hands full of blood. (Photos/Twitter)

Jason: Who is going to heal my broken heart? 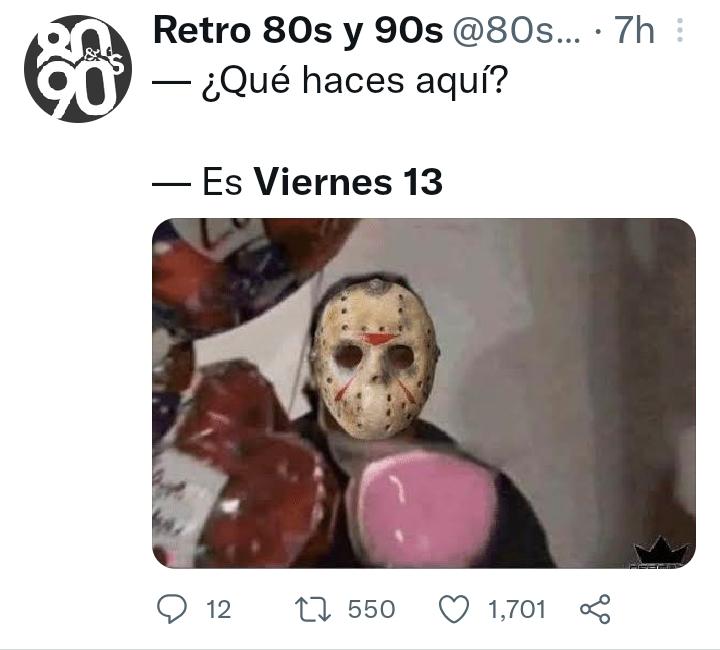 They made the adaptation of the telenovela Two women, one path combined with Friday the 13th and it stayed like this.

For those who do not know, the famous meme of the man who arrives at the door of a young woman with balloons and flowers, was part of a scene in this Mexican telenovela broadcast in 1994.

Meme that relates to the resemblance of Jason’s hockey mask and Crocs sandals. (Photos/Twitter)

Little did anyone know Jason made a commercial sponsoring the famous sandals crocs. 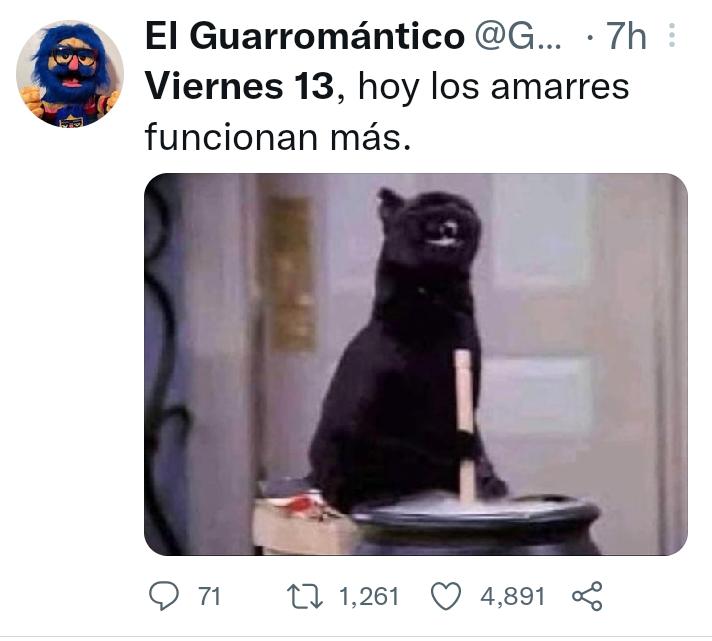 As part of this day of superstitions could not miss Sabrina’s black cat thinking of making a mooring. 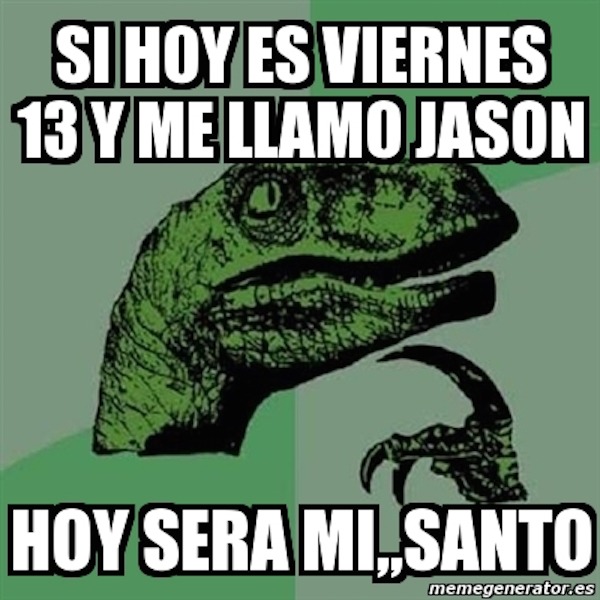 And of course in the last place on this list, a classic of classics could not be missing. I arrive the dinosaur of existential questions to make everyone doubt him Friday the 13th.

Reaction of María del Carmen Alva with journalists outside the Congress leaves hilarious memes
Ari Borovoy: the best memes left by his alleged candidacy for deputy
The memes left by the defeat of Canelo Álvarez against Dmitry Bivol
Previous Post

LaLiga Santander: Seville – Cdiz: The color of the Andalusian derby