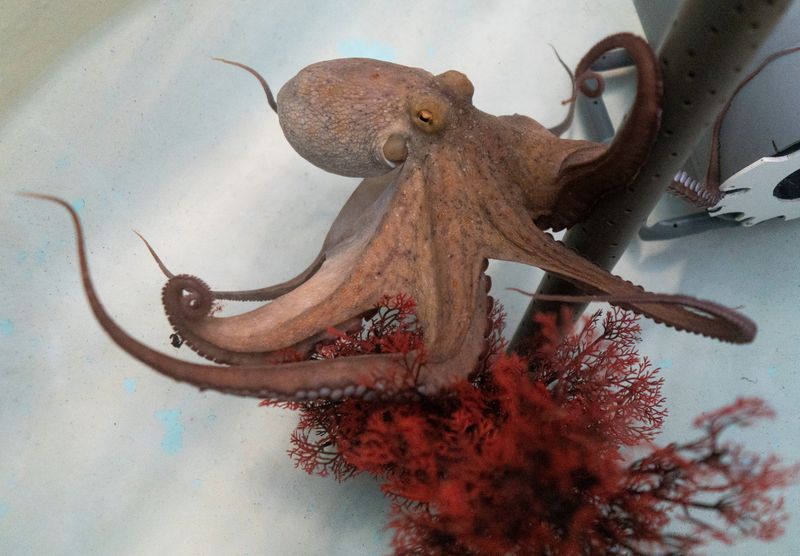 An octopus inside a pond at the Spanish Institute of Oceanography IEO in Santa Cruz de Tenerife, Spain, February 4, 2022. REUTERS/Borja Suarez

Octopuses are doomed to be orphans from a very young age. After a female octopus lays her eggs, it stops eating and begins to self-mutilate, ripping off its skin and biting off the tips of its tentacles.

When a young octopus hatches from the egg, its mother is already dead. A few months later, his father will also die.

The short and shadowy life of the octopus has long fascinated scientists. In 1944, researchers hypothesized that mating was somehow pushing a molecular “self-destruct” button within the sea creatures.

“We know that cholesterol is important from a dietary perspective and also within different signaling systems in the body,” explains molecular biologist Z. Yan Wang, who conducted the research while at the University of Chicago.

“It’s involved in everything from the flexibility of cell membranes to the production of stress hormones, but it was a big surprise to see that it also played a role in this life cycle process.” add.

Among humans, some cholesterol precursors are toxic at high levels. Therefore, genetic disorders that increase cholesterol metabolism can lead to serious developmental and behavioral problems, including repetitive self-harm and eating disorders. Severe cases can even be life-threatening.

The symptoms are eerily reminiscent of female octopuses in their final days, suggesting the researchers might be on to something.

It’s taken years to get here, and much of it is due to a small, underappreciated organ found in octopus and squid.

In 1977, researchers discovered that the optic gland somehow plays a role in the programmed death of an octopus.

This organ is similar to the pituitary organ in humans. It is located between the eyes of the octopus and is related to the sexual development and aging of cephalopods. When removed from a female octopus, the creature lives for several months after laying its eggs.

In 2018, scientists took this knowledge and sequenced RNA from two optic glands from two female octopuses at different stages of decline. 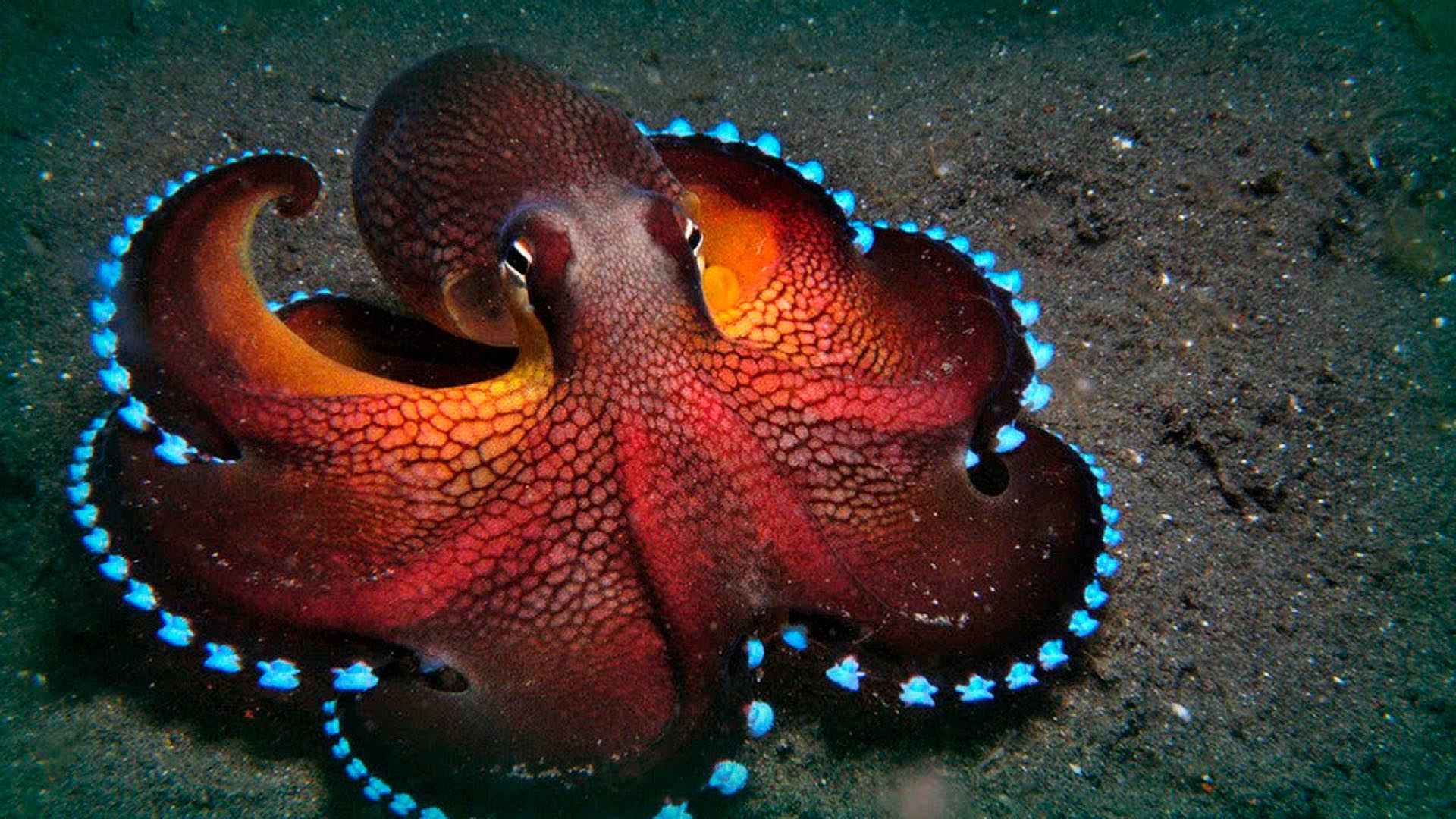 After decades of study, scientists determined that mating somehow pushes a molecular “self-destruct” button within the sea creatures.

Now, a few years later, some of the same researchers have directly analyzed the molecules secreted by this organ in both mated and unmated females.

These three molecules could ultimately contribute to the signaling systems that trigger death. Or, perhaps it is simply the accumulation of these molecules in the body of the octopus that is lethal, as is the case in humans.

While the optic gland has previously been linked to the production of sex hormones in cephalopods, the other two pathways have recently been identified in the “self-destruct” sequence.

In the future, Wang and his colleagues hope to look further downstream, to see what other molecules are part of this strangely programmed death. 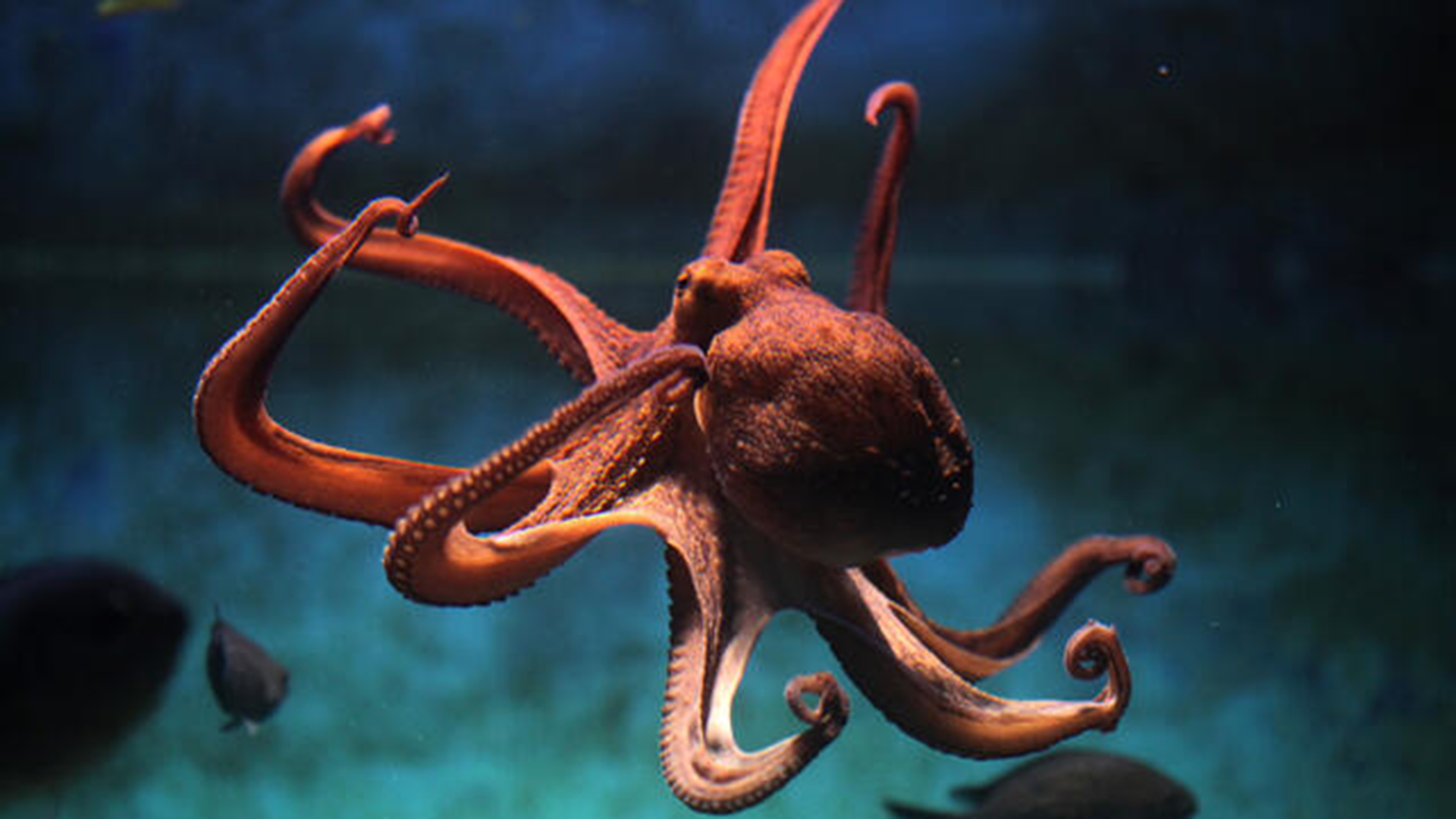 After a female octopus lays her eggs, she stops eating and begins to self-mutilate, ripping off her skin and biting off the tips of her tentacles.

“The amazing thing is that octopuses go through this progression of changes where they seem to go crazy right before they die.”says neurobiologist Clifton Ragsdale of the University of Chicago.

“Maybe it’s two processes, maybe three or four. Now, we have at least three apparently independent pathways to steroid hormones that could explain the multiplicity of effects these animals show.”he added.

Wang says she’s particularly excited that two of the pathways her team has identified are known from other studies in rodents.

“There is now evidence from our study that those pathways are probably present in octopuses as well. It was really exciting to see the similarity between such different animals.”Wang says.

Impressive images of the octopus that is a master of camouflage
He recorded a small octopus with blue rings, one of the most poisonous in the world, and it is viral on TikTok
They find a fossil of a relative of the octopus: it is 328 million years old and retains the suckers on its arms
Previous Post

State homophobia in post-Hitler Germany, in one of the films of the year

Australia is already waiting for Nadal