Iranian authorities arrested at least 22 people in protests against the sudden rise in the price of subsidized staple foods in two southern cities from the countrystate media reported on Friday.

The arrests came after Tehran will announce this week up to a 300% increase in the cost of cooking oil, chicken, eggs and milkamid a general increase in prices throughout the Middle East due to disruptions in the global distribution chain and the Russian invasion of Ukraine, one of the world’s leading food exporters.

According to the state news agency IRNA, 15 people were arrested overnight Thursday in the southwestern city of Dezful, in Khuzestan province, and seven more in Yasuj, in the southern region of Kohgiluyeh-Boyerahmad. Another 200 people gathered in Andimeshkanother city in Khuzestan, where a firefighter was injured after protesters threw stones at police and firefighters, he added. IRNA.

And according to reports from television networks Iran International Y BBC Persian, The protests continued this Friday in the cities of Farsan and Boroujerd, where the regime forces have responded with shots to disperse the crowds.

Protests this Friday in Boroujerd and Farsan, where regime agents responded with tear gas (Twitter/Rana Rahimpour)

For its part, the agency IRNA published this Friday photographs in which the president of Iran, Ebrahim Raisi, listened to the concerns of the buyers in visits to supermarkets in Tehran. 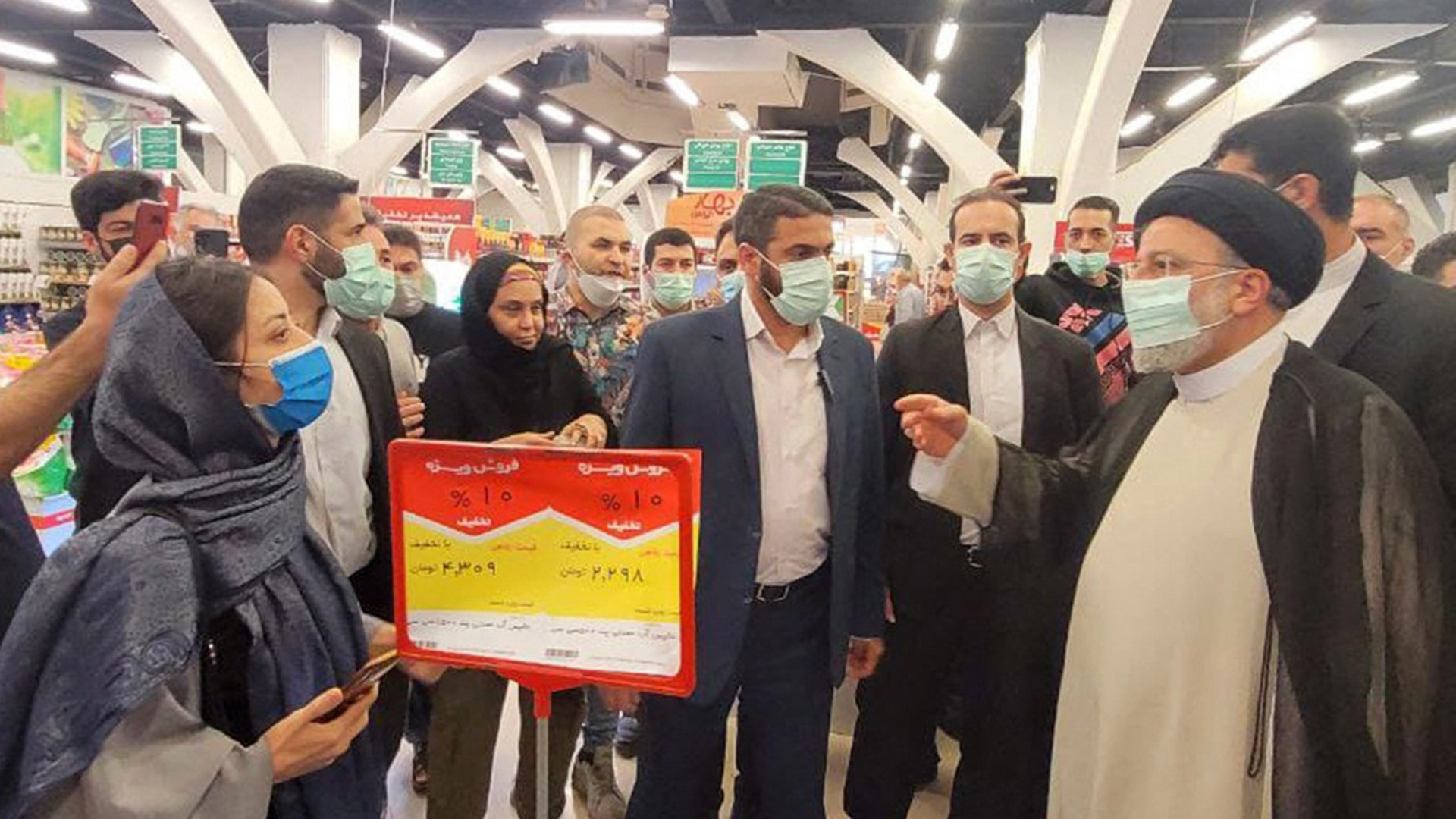 Before the mobilizations, the activist group NetBlocks.org said that Internet access problems were reported across the country as the government braced for possible unrest.

In images that circulated on social networks, several more protests were observed in Khuzestansome of which turned violent when attendees they burned tires in the street and the police fired tear gas to disperse them.

Iran imports half of its cooking oil from Ukraine, where the war has prevented many farmers from accessing crops, and almost half of its wheat from Russia. Smuggling of highly subsidized Iranian bread to neighboring Iraq and Afghanistan has skyrocketed as famine spreads across the region.

The drought is wreaking havoc on the Iranian economy, and Western sanctions on its nuclear program have caused further difficulties. Inflation has shot up to almost 40% and is at its highest level since 1994. Youth unemployment is high and about 30% of households live below the poverty line, according to the National Center for Statistics.

The memory of the fuel price increase in November 2019 is still fresh. So the widespread protests, the most violent since the creation of the Islamic Republic in 1979They shook the whole country.

(With information from Reuters)

Iran’s regime raised the price of basic food: discontent grows and protests multiply across the country
Iran and Venezuela deepen cooperation: after the arrival of ships with oil, they agreed to repair a refinery
Iran detained two Europeans during the visit of the EU envoy to discuss its nuclear plan
Previous Post

What is known about Luiz Inacio Lula da Silva’s wedding party, which until now was kept secret

“MLS is not real soccer”

The Games never fails, scene of the great deeds of Almera

Valladolid: Ivn Snchez enjoys himself again after going through a real ordeal