“The transportation problem will be resolved if we achieve a substantive solution on national subsidies in 30 or 40 days”said this Wednesday the mayor Paul Javkin. And that remedy would be the sanction of a federal transportation law that ends the asymmetries in the distribution of subsidies carried out by the national government, which favors Greater Buenos Aires and seriously hits all the provinces.

Javkin referred with those words to the conflict that this Tuesday left Rosario without groups and to other cities in the country, and that in the afternoon entered a stage of solution, at least provisional. The UTA had decreed a 72-hour strike that had begun yesterday, but which provided for an exception for today due to the 2022 Census. But the negotiations on Tuesday afternoon advanced and an agreement was reached between workers and companies that will be endorsed in the next

Speaking to the program “First in the morning” from LT8the mayor of Rosario was confident that the service can be provided normally tomorrow, but at the same time he stressed again that the mother of all problems is the subsidy distribution policy carried out by the national government to the detriment of the provinces.

>> Read more: Principle of agreement so that tomorrow and Friday there will be groups

“Today progress would be made in the agreement reached yesterday by the union and the businessmen. That would allow starting tomorrow to have groups in a normal way, despite the fact that today it is working due to the Census. From there we have to go for substantive solutions that is the distribution of national resources. We are all willing to accompany the call for a federal march to Buenos Aires to ask for a law that finances transportation in the interior of the country”, affirmed the head of the Executive Department. 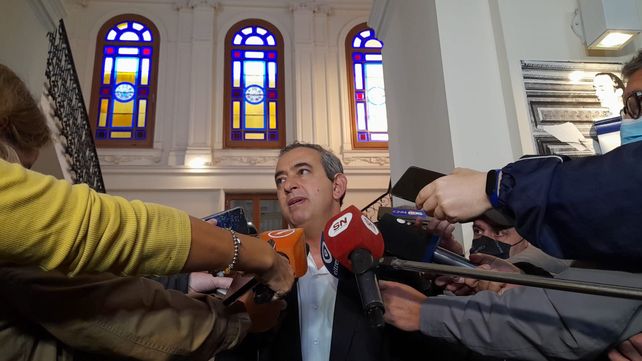 In that sense, he specified that the key to unblock the conflict “was the Nation’s commitment to transfer on Thursday the funds corresponding to April. It is a quota of 3,500 million pesos, which is the first of the quarter of national subsidies. There are other details that will be defined later today. We are all aware that this problem will be resolved if we reach a solution on the distribution of national funds in these 30 or 40 days”.

>> Read more: The UTA did not rule out that the conflict with the drivers escalates to “an indefinite strike”

Likewise, he described the feeling he had yesterday in the city of Buenos Aires when he participated with his colleague from Córdoba in the efforts to unblock the conflict. “The mayors are the granting power of the service, but we are not in the negotiation instance. It is a national partnership between the union and the Federation of Passenger Transport and the ministry. Yesterday we took another step and participated in the hearings. Yesterday there was not a single journalist from Buenos Aires covering the meeting. The subject did not exist in Buenos Aires. Yesterday in the Federal Capital was a normal day, there was transportation. In Buenos Aires nobody knew that 80 percent of Argentina did not have transportation”. 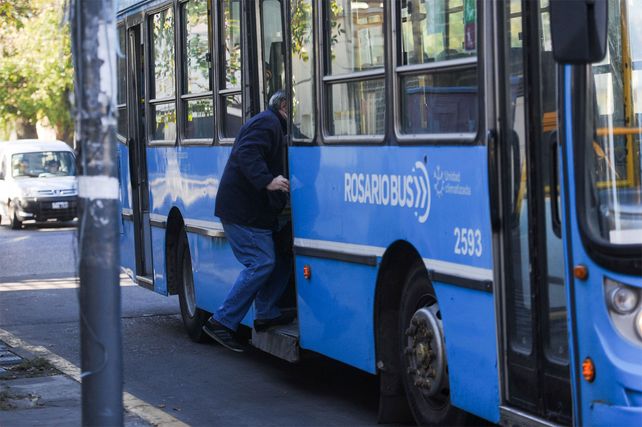 The drivers threaten to deepen the protest measures.

“There are people throughout the interior who load fuel and while doing so they pay a tax that should be redistributed to finance transport subsidies. And 8.5 pesos are distributed for the metropolitan area of ​​Buenos Aires and 1.5 in the rest of Argentina. That has to be nipped in the bud. That was the key to unblock the conflict: the unity and commitment of all to, once and for all, propose a federal law on transportation that ends this situation”, he claimed.

Finally, he said that “already money is needed not only to comply with the frequencies, but also to buy new cars. That requires resources. And those funds are distributed at the rate of 8.5 pesos for Buenos Aires and 1.5 for the interior of the country. It cannot be that this is so, that we accept that there are first class and second class citizens”.

Cyclone Yakecan has already hit Uruguay and Brazil: which areas of Buenos Aires are affected

Getafe: A Getafe of high flights and low prices

Real Madrid: The other plenary session of Ancelotti