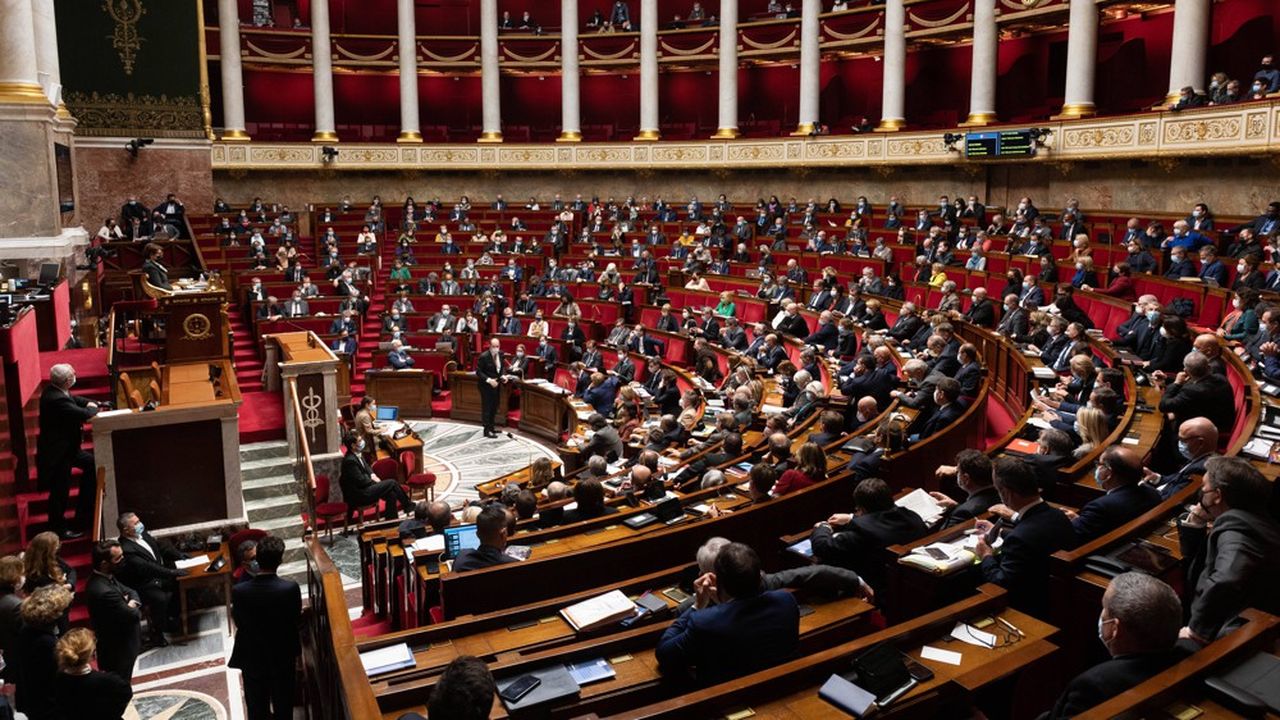 The Omicron tidal wave continues to sweep across Europe, and in France in particular. On Wednesday, nearly 335,000 new contaminations were identified, which constitutes a new record. The pressure is also intensifying in hospitals, where nearly 4,000 patients with Covid-19 are in intensive care.

The situation is no better in the United Kingdom, where alerts are increasing. The hospital network is notably facing a staff shortage, while Boris Johnson still refuses to introduce new restrictions. The Italian government has chosen to go the hard way, and vaccination will soon become compulsory for all people aged 50 and over.

The main information to remember

> New record of infections in France

> Italy imposes compulsory vaccination for those over 50

The decree on the reception of children (from 3 to 16 years old) of caregivers in establishments even if their class is closed is published in the OJ. “In nursery, elementary and primary schools and colleges, in the event of a temporary closure of a class or establishment, a reception is provided, under conditions such as to prevent the risk of spreading the virus, for children aged three. at sixteen years of health personnel essential to the management of the health crisis ”, specifies this decree.

> The number of daily cases jumps 56% in India

The number of infections identified by the health authorities jumped 56% in 24 hours to reach 90,928 cases. Of this total, 495 were linked to the Omicron variant. To date, 2,630 infections with this variant have been identified in the country which recorded its first death attributable to Omicron.

In the last 24 hours, 325 deaths attributable to Covid have been recorded by the health authorities.

> Djokovic files legal action against his deportation from Australia

World tennis number one Novak Djokovic has filed a lawsuit against Australian authorities’ decision to cancel his visa and expel him from the country, court officials have said.

After three days of tumultuous debates, fueled by controversial remarks by Emmanuel Macron, ready to “piss off” the unvaccinated, the National Assembly adopted at dawn this morning at first reading the bill transforming the health pass in the process of vaccination. Announced in mid-December by the executive in the face of the rampant Covid-19 epidemic, the text was approved at 5:25 a.m. by 214 votes in favor, those of the majority and part of the LR and the PS. They were 93 deputies to vote against, including the left of the left, the RN, and 3 LREM dissidents. Twenty-seven abstained.

The bill must now be considered by the right-wing Senate early next week, for an entry into force that the government wanted on January 15 but which should be postponed by a few days. Those over 12 will then need to be able to prove their vaccination status to access leisure activities, restaurants and bars, fairs or interregional public transport. A negative test will no longer suffice, except for access to health establishments and services.

Among their retouching amendments, the deputies postponed from 12 to 16 years the need for a vaccination pass for school trips and peri and extracurricular activities.

Panamanian President Laurentino Cortizo on Wednesday decreed the obligation to be vaccinated against Covid-19 for all civil servants in the country, announced the Minister of Health, Luis Francisco Sucre. A public official not wishing to be vaccinated “will have to present a negative test every Monday to his boss or to human resources”, he said.

Panama, a small Central American country with 4.2 million inhabitants, has recorded more than 500,000 cumulative cases of infection and 7,445 deaths linked to the coronavirus. In less than a month, the number of contaminations per day jumped from a few hundred to more than 4,300.

New restriction measures have been announced in Guadeloupe, which has returned to a state of health emergency in the face of the explosion of cases linked to the Omicron variant, now the majority, while tensions persist around the vaccination obligation.

The prefect announced a three-week curfew from 10 p.m., which could be reduced to 8 p.m. if there is no decline in contamination, as well as the ban on picnics on the banks of the river. sea ​​and gatherings of more than 6 people on public roads. “Moreover, he declared, the gauges but also the same rules” as in France now apply.

Guadeloupe, as well as Guyana, Mayotte, Saint-Martin and Saint-Barthélémy, was placed in a state of health emergency, Wednesday in the Council of Ministers.

In Guadeloupe, resistance to vaccination is still strong, according to figures from the ARS: less than 50% of the population over 18 years of age has received at least one dose of vaccine. On the other hand, vaccination rates among people subject to compulsory vaccination reach more than 95%.

> Macao bans all arrivals of international travelers by plane

Macau has banned all arrivals of international travelers by plane for two weeks from midnight Sunday after detecting three cases in passengers from overseas.

The former Portuguese colony has recorded a total of 79 cases of contamination since the start of the pandemic, and has no deaths.

Bolivia has reached a new record, with more than 10,000 residents testing positive for Covid-19 on Wednesday, or one in two positive tests. The populated region of Santa Cruz in the east of the country is the epicenter of the pandemic. The mayor of the city of Santa Cruz, which has nearly two million inhabitants, is considering establishing a lockdown.

The American Centers for Disease Control and Prevention announced that it has extended the administration of the booster dose against Covid to adolescents aged 12 to 15 with the vaccine jointly developed by Pfizer and BioNTech.

> Italy makes vaccination compulsory for people aged 50 and over

The Italian government will make vaccination against Covid-19 compulsory for people aged 50 and over. “We want to slow down the contagion curve and encourage Italians who have not yet been vaccinated to do so,” Prime Minister Mario Draghi explained during the Council of Ministers having adopted this measure, quoted in a press release.

In detail, the decree-law imposes the vaccination obligation for people over 50 years of age who are not working and the possession of the vaccination pass from February 15 for all those over 50 who are working, both in the public than in the private sector.

Health authorities announced that 332,252 new cases had been identified on Wednesday. The day before, a total of 271,686 cases of Covid-19 had been recorded in 24 hours, already a record.

According to Public Health France, 3,965 patients are currently in intensive care due to Covid-19, up 30 compared to yesterday. The coronavirus has claimed 246 new deaths in the past 24 hours.

> The schedule of the vaccine pass still shaken up

The examination in the Senate of the text establishing the vaccine pass, bogged down since Monday in the National Assembly, has been postponed until next week, jeopardizing the entry into force of the law on January 15.

According to the conclusions of the conference of presidents, gathered Wednesday at the end of the afternoon around President Gérard Larcher (LR), the bill will be examined in committee on Monday afternoon. His exam, which should have started this Thursday, is now scheduled from Tuesday afternoon and until Wednesday evening.

Tigres UANL would break the market with a Brazilian defender

Lotera del Nio 2022: draw schedule and where to see it

Senegal explodes and will lead Watford to FIFA

Spanish Eurofighter versus Russian Su-34, the fighter-bomber feared by NATO and Ukraine