Boosted by inflation that eats away wages and the inbred game of the Front of All and Together for Change, Javier Milei becomes strong in Rosario and is close to signing his first mayor in the province.

According to the latest study by the consulting firm Innova, the national deputy for the Autonomous City of Buenos Aires It is located as the first option for Rosario if the presidential elections were this Sunday.

In the absence of a year for the registration of candidates and in a scenario dominated by uncertainty, Milei appears with 19%, and Cristina Fernández de Kirchner (17%) and Horacio Rodríguez Larreta (14%) complete the podium. Other data collected by the consultancy led by Martín Ostolaza and Guillermo Variego illustrate the context in which Milei moves like a fish in water.

On the one hand, all officialdoms go down the slide. In one year, the positive image of the governments of Alberto Fernández, Omar Perotti and Pablo Javkin fell, depending on the case, between 15 and 22 points.

On the other hand, for the first time since Innova carried out its survey, when asked which political force they feel closest to in Rosario, the most elected (with 25%) is none/independent. 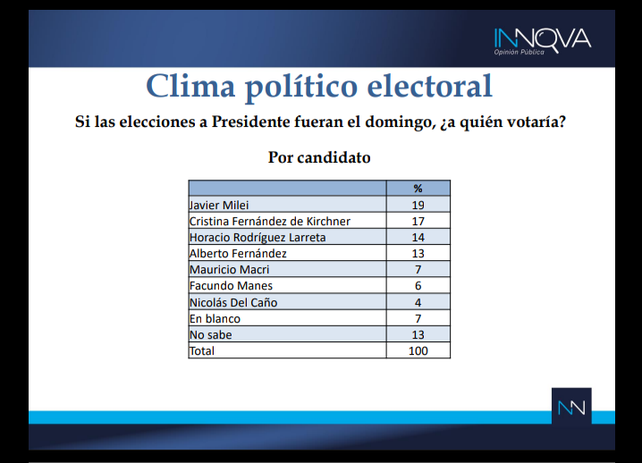 However, in the Santa Fe bunker of the legislator of La Libertad Avanza they know that having a blockbuster candidate and a story that goes well with the prevailing climate of ideas is a necessary condition, but not a sufficient one, to reap a good result at the polls.

Before that, they launched to put together their own political structure together with libertarians and celestial. And they found someone interested in managing the Milei franchise in the area in the Belgrano department.

This is Javier Meyer, the mayor of Las Rosas. Verbose, with a speech on the edge of the regulation and former ally of the PRO, the boss of the city located 125 kilometers northwest of Rosario received the economist Romina Diez a few days ago, a personal friend and one of Milei’s assemblers in Santa Fe .

“Exemplary management: fiscal surplus and public works guaranteed until the end of the year. With transparency and action. Freedom advances in Santa Fe ”, Diez wrote on his social networks after his meeting with Mayer, who he became known in provincial politics in 2016, when he was involved in a harsh conflict with the municipal union. In fact, at that time the Gendarmerie, commanded by Patricia Bullrich, came to guard the seat of the local government.

Since then, Meyer has focused on his city and on turning his structure, Unión Rosense, into a provincial party. “When people don’t steal, towns grow”, is his motto. 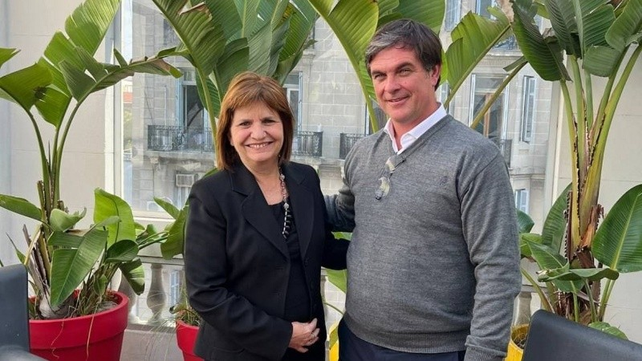 Despite breaking his partnership with the PRO, Meyer flies close to the falcons. In the past week met Bullrich Y He participated in the Fundación Libertad dinner, where he took a photo with Mauricio Macri.

In an opposition camp where they do not have the best of memories, they define Milei’s new ally -who appears at the electoral arena table as a potential candidate for governor in 2023 of the libertarian space- as “a patron of stay”, to whom “Everything that doesn’t respond to him annoys him.”

They also relativize his talent for management: “He boasts that he has a surplus and money in cash, that is true, but in that area all the municipalities and communes have a surplus. Armstrong, Las Parejas and Montes de Oca have up to four months’ salary in a fixed term. It’s not Meyer’s credit, it’s widespread.”

memes and debates took over the networks very early