Invasion of Ukraine: Alberto Fernández’s tour will not add economic and diplomatic benefits for Argentina 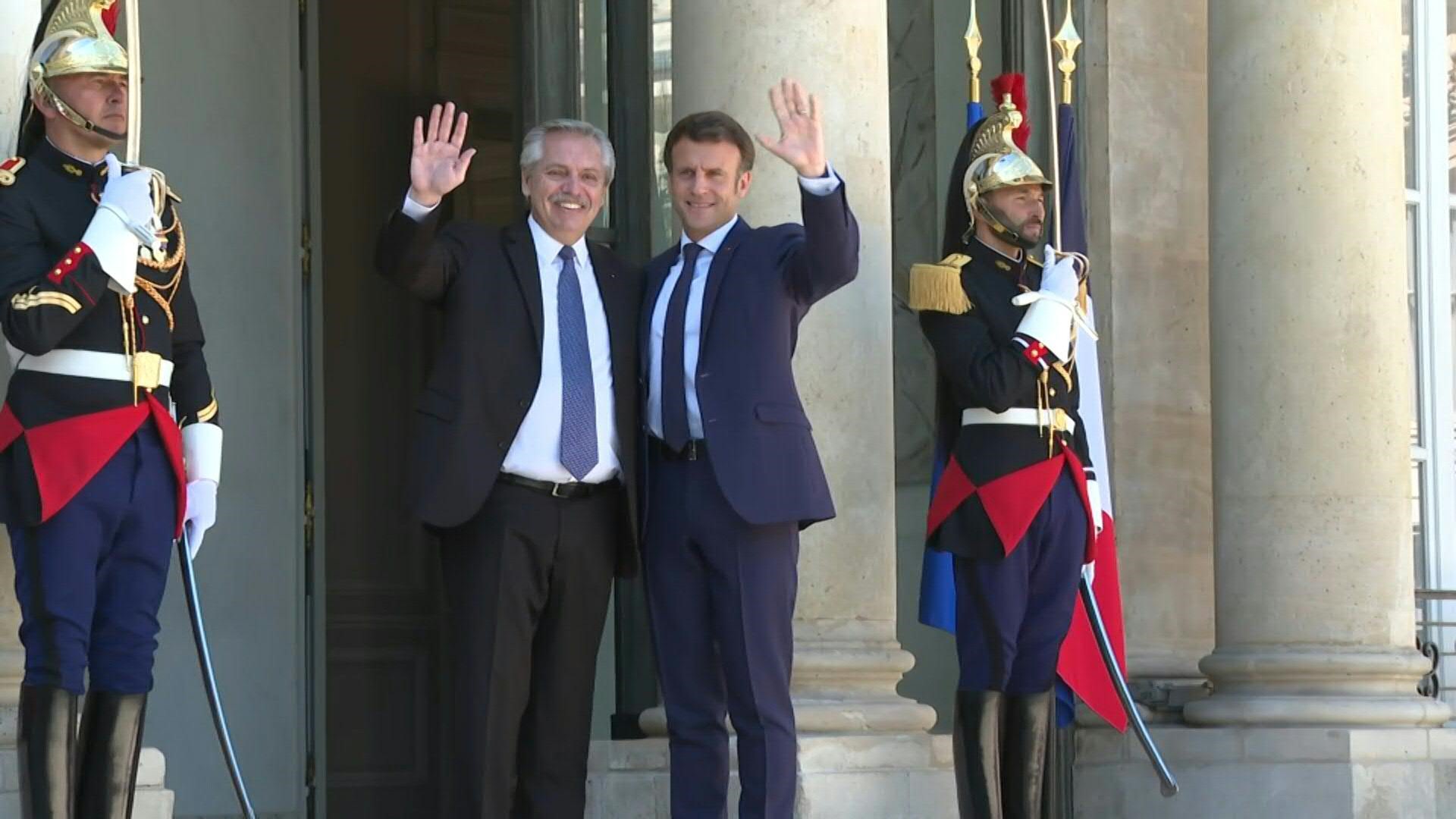 Alberto Fernández and Emmanuel Macron greet each other at the Eliseo Palace entrance, before their meeting to analyze the global situation due to the war in Ukraine

(From Frankfurt). Pedro Sánchez, Olaf Scholz and Emmanuel Macron smiled for the official photo and listened to Alberto Fernández, but they will not make a single geopolitical decision on Russia’s illegal war against Ukraine that includes the different proposals that the Argentine president presented during his lightning tour to Madrid, Berlin and Paris.

The leaders of Spain, Germany and France – each with their own geopolitical perspectives – consider Russia an enemy of Europe and the international system, and they will do nothing to include Alberto Fernández in their eventual decisions related to the invasion of Ukraine.

When the intelligence of the United States warned that Vladimir Putin had already decided to advance on kyiv, and the most influential countries in Europe – France and Germany – warned about the geopolitical ambitions of the Kremlin, Alberto Fernández traveled to Moscow and met with the Russian leader.

At that time, the President disbelieved the classified information handled by Joseph Biden, Macron and Scholz, and decided -almost alone- to meet in the Kremlin with Putin. It was in that conclave that Alberto Fernández proposed that Argentina become Russia’s gateway to Latin America.

During a report granted in Berlin, the head of state tried to explain that unforgettable diplomatic gaffe. Sánchez, Scholz and Macron had already taken note of the matter and will take great care -very much- of appearing next to a South American leader who promised a rapprochement with Moscow when the sound of drums was already heard in kyiv. 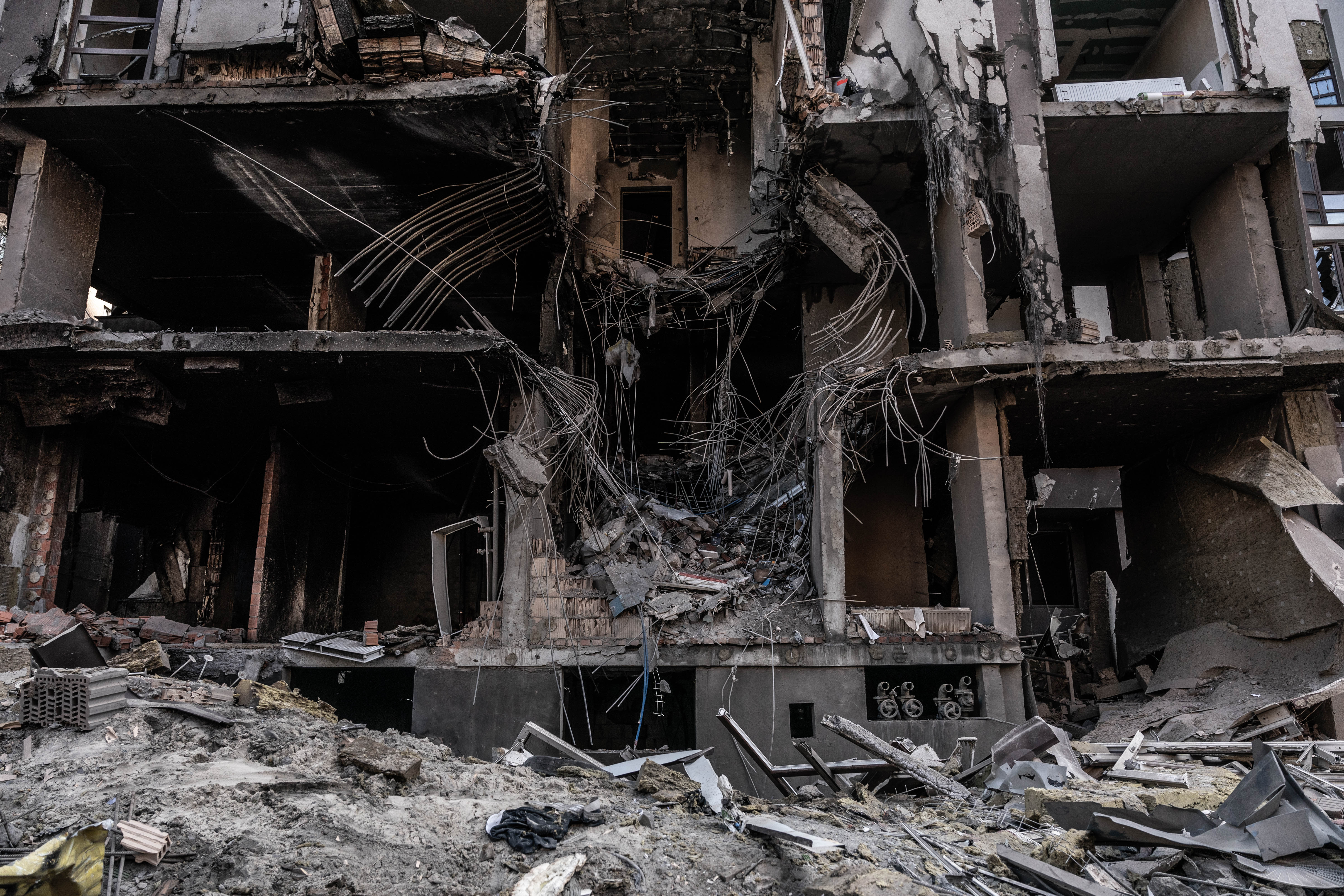 A civilian building in kyiv destroyed by a Russian missile. (Photo: Franco Fafasuli)

The caution of the European hosts regarding Alberto Fernández was strengthened during the public and reserved explanations that the head of state made during his meetings in Moncloa, the German Foreign Ministry and the Eliseo Palace.

Sánchez, Scholz and Macron are collaborating with Ukraine’s war effort, and were undeterred when the president opined that “the world needs more protein than missiles” and declared his opposition to trade sanctions against Russia.

The President proposed an economic and diplomatic agenda that will remain deadlocked. Not only is there mistrust over his trip to Moscow, in Madrid, Berlin and Paris they know the internal difficulties of the government and understand how power relations work in Argentina.

The grain trade is in private hands, and Balcarce 50 failed with the Trust Fund to balance domestic flour prices. From this perspective, Alberto Fernández has little to offer in Europe to meet the food crisis caused by Russia’s illegal invasion of Ukraine.

Sánchez, Scholz and Macron know this information -their embassies in Buenos Aires are very active- and they put on their best face when the head of state proposed that Argentina and other countries in the region supply the global needs that Moscow and kyiv satisfied before the war in Europe. 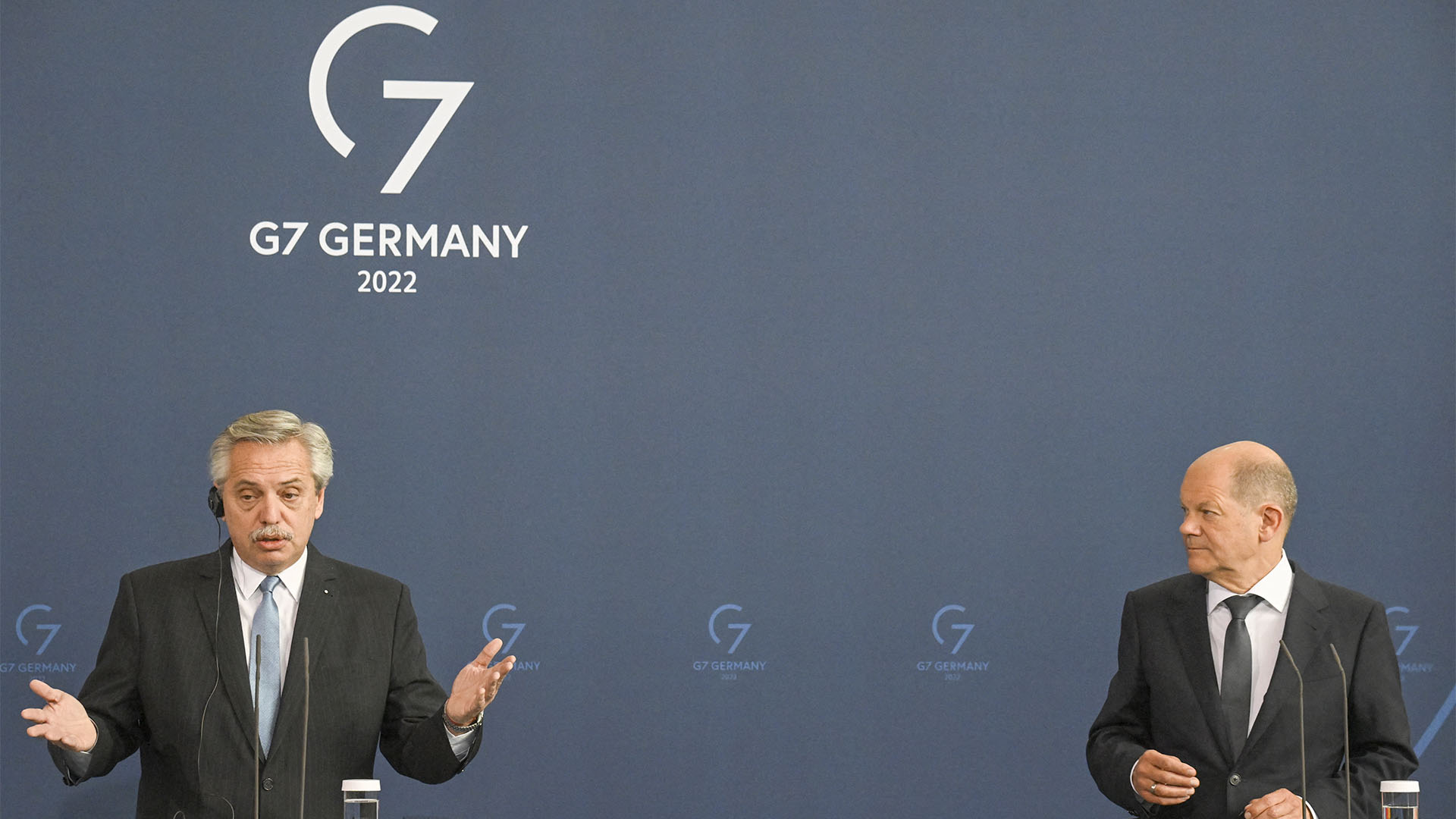 The diplomatic cables that fly from Buenos Aires to Madrid, Berlin and Paris also report -recurrently- that it is impossible to have dollars or euros to buy inputs and that the remittance of profits to the parent companies is very limited.

With that information in your hands, Sánchez, Scholz and Macron listened in silence as Alberto Fernández explained his energy strategy and the global possibilities of Vaca Muerta.

The President exhibits a voluntarism that does not coincide with the economic and commercial logic in times of war: the allied countries mutually benefit, while the nations considered opaque or hesitant will only watch what happens on the international board from the outside.

Alberto Fernández met with Putin, was slow to express his position at the UN and abstained from the OAS when Russia’s invasion of Ukraine was condemned. In the midst of the fog of war, systematic and linear positions in multilateral forums help when proposing business on presidential tours. 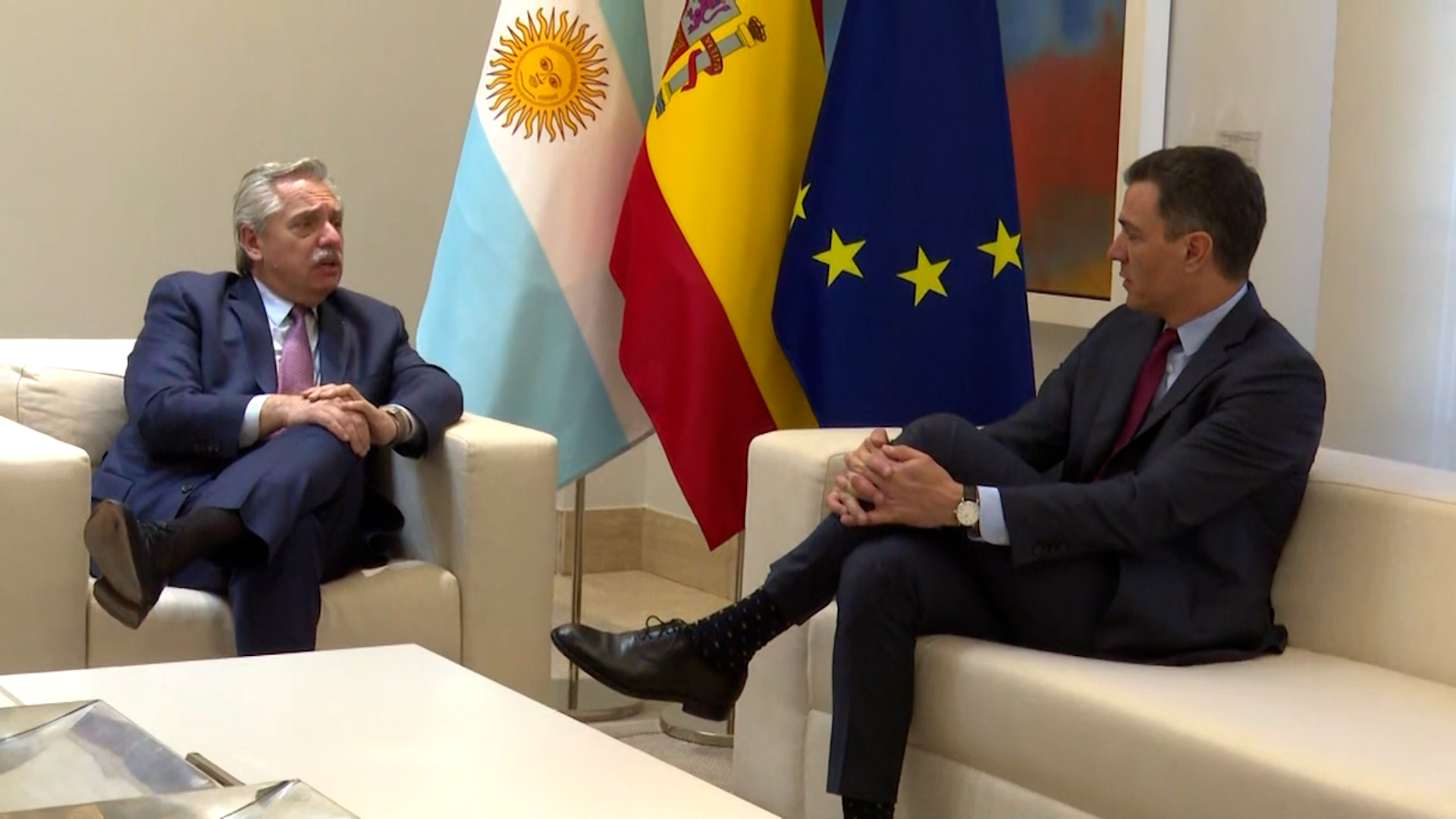 Throughout his whirlwind tour of Europe, Alberto Fernández presented the Community of Latin American and Caribbean States (CELAC) as a multilateral spring with sufficient geopolitical capacity to participate in the peace negotiations between Russia and Ukraine.

Sánchez, Scholz and Macron thanked the Argentine president for his diplomatic offer, but they will not take it into account. Cuba, Bolivia, Nicaragua and Venezuela are members of CELAC and are functional to the interests of Moscow. They play alongside Putin and will not vote for a single resolution that makes Russia what it is: a state that systematically violates human rights in Ukraine.

Alberto Fernández starred in an international tour that will add very little to Argentina in the future.

There are no intentions in Spain, France and Germany to deepen investments in the country -linked to agriculture and energy- and CELAC will not be asked for its help to find a solution to the war between Russia and Ukraine.

Sánchez, Scholz and Macron hosted Alberto Fernández. And nothing more than that.

Cafiero said that Alberto Fernández has not yet spoken with Cristina Kirchner about his re-election
Javier Milei: “There is a change of era in the country; The Argentines want to free themselves from the political jets and oppressors”
Juan Zabaleta responded to Máximo Kirchner after criticizing the Government: “It seems to me that there are things that have to be discussed in the locker room”
Previous Post

Florida: a driver fainted upon reaching a busy intersection and a group of people had an unexpected reaction

Athletic: Marcelino: “This dynamic must last to say that we have achieved what we want”

Champions League: Ancelotti: “We’ve had it all: sacrifice, luck and energy”

ANSES Credits: How to request an extra $240,000 in a few steps, what are the requirements – scope.com