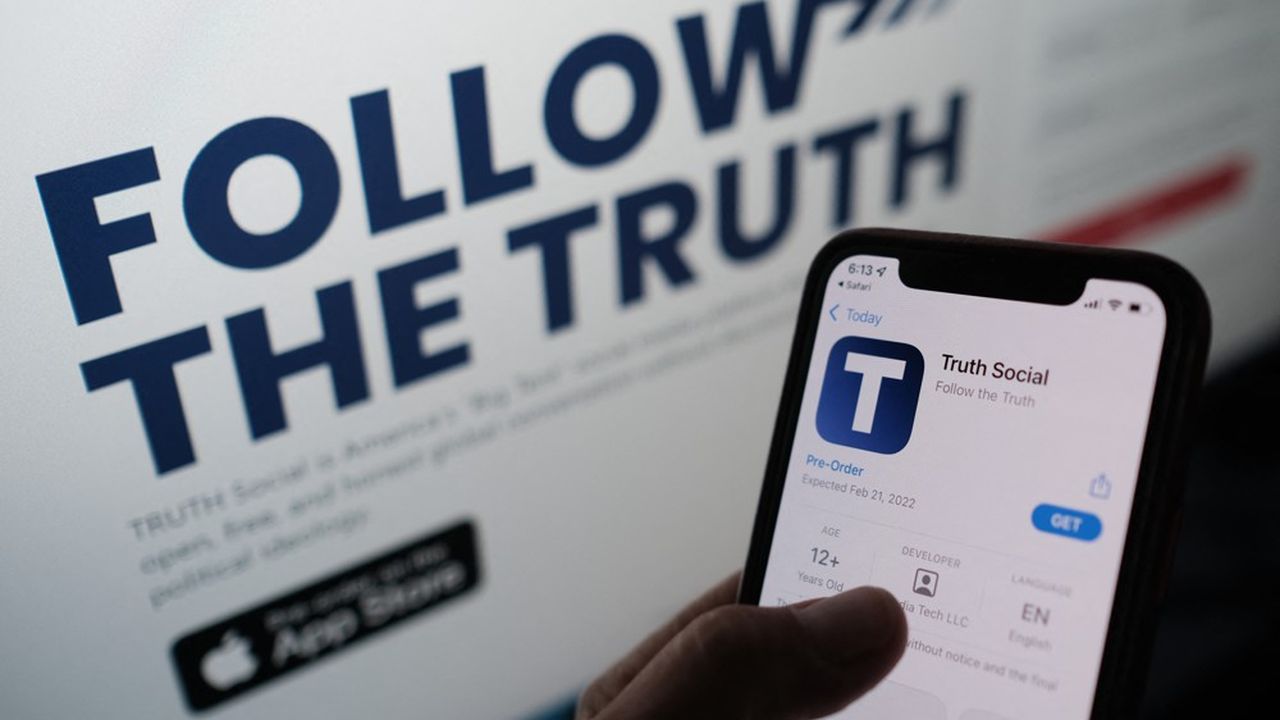 The countdown has begun. After being banned from Twitter, Facebook and YouTube for inciting his supporters to violence during the assault on the Capitol on January 6, 2021, Donald Trump announced the launch of his own social network. The schedule is becoming clearer: it will be put online on February 21, a date presented as the launch date on the Apple Store applications store.

Trump Media & Technology Group (TMTG), the parent company of Truth Social, the name of the social network, has teamed up with an already listed vehicle SPAC, Digital World Acquisition Corp, to raise $ 293 million in September on Wall Street . The two groups then announced in early December that they had obtained another commitment to the tune of one billion dollars. In total, by removing the transaction fees, TMTG has about $ 1.25 billion to attack its competitors in the already very crowded market of social networks popular with ultra-conservatives.

Gettr, launched in early July by Donald Trump’s former adviser, Jason Miller, but also Parler and Gab have already positioned themselves with the former president’s supporters as guarantors of freedom of expression, escaping the censorship of social networks General public. Gettr just scored a point thanks to a tweet from host and comedian Joe Rogan, whose podcast is the most popular in the world, who on Sunday called on his subscribers to join him on the platform.

In a speech marking the anniversary of the attack on the United States Congress, which sought to prevent elected officials from certifying his election, President Joe Biden on Thursday accused his predecessor of still posing a threat to American democracy today. . The billionaire for his part maintained that the last election was “rigged”. Donald Trump gave up speaking on Thursday, when a press conference was initially scheduled at Mar-e-Lago, his luxury residence in Flori. He promised to speak instead on January 15 during a rally in Arizona.

Valencia CF: Cillessen, a real ‘dream’: At 32, playing for the first time at the Bernabu

Benjamin Mendy was transferred to a maximum security prison

Betis: Borja Iglesias, to celebrate the 29 against an Alavs who has taken the measure