A group of armed criminals entered the home of Chilean Defense Minister Maya Fernández: they beat her son and handcuffed her husband 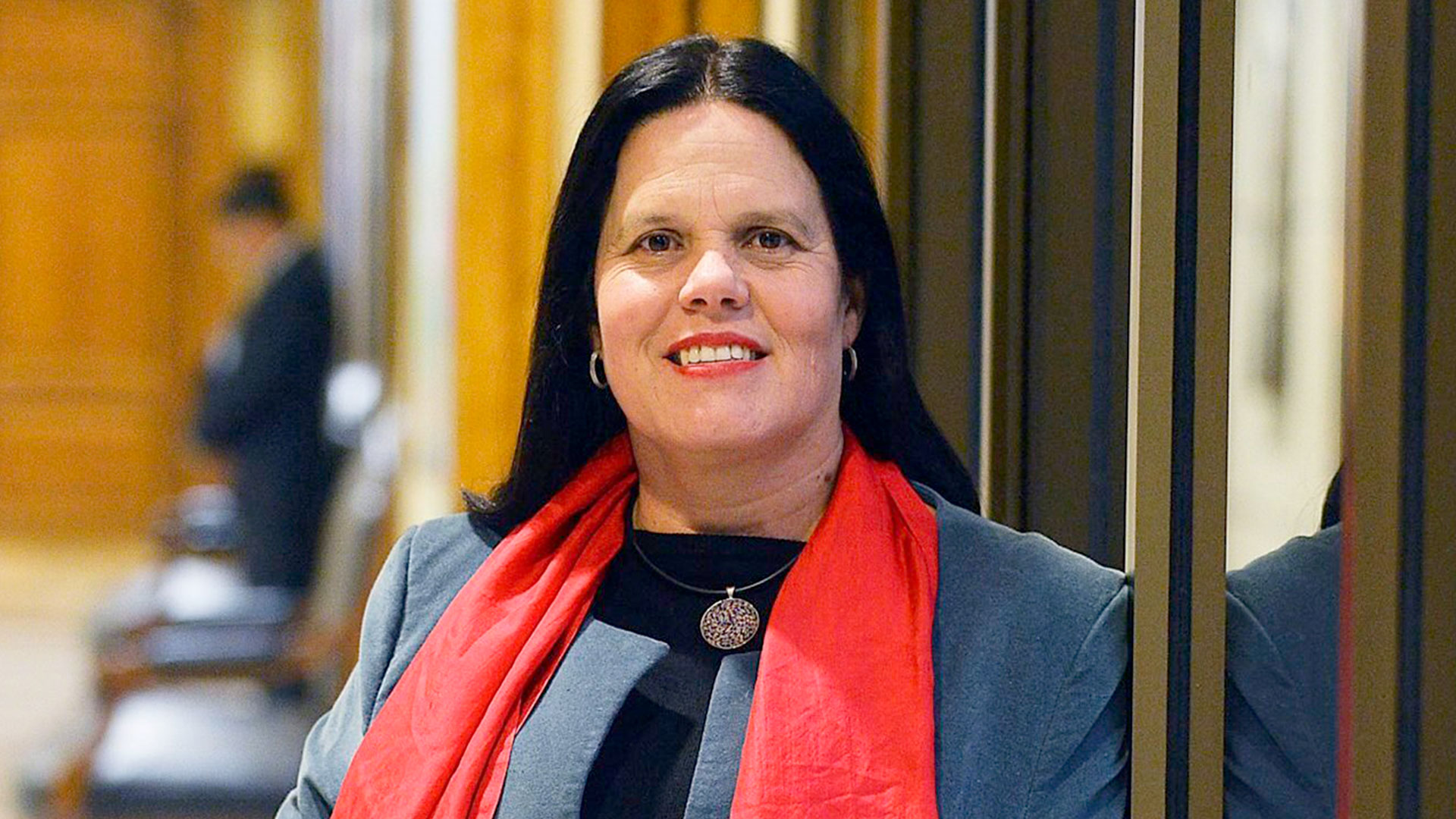 A group of criminals entered the home of Chilean Defense Minister Maya Fernández and beat her son. The information was released by the Ministry of Defense, which in a brief statement indicated that “During the night hours of this Friday, May 13 (…) the minister’s home was the victim of a robbery”.

“At the time of the events, the Secretary of State was not in the building, where her son and her husband were.”, added the press release of the portfolio.

Then he expressed that, until the place, the prosecutor of flagrante delicto of the Public Ministry attended“who delivered the proceedings of the case to Carabineros de Chile, a process in which, in addition, the Investigative Police is collaborating”.

By last, The Ministry reported that the official and her family are in good health. 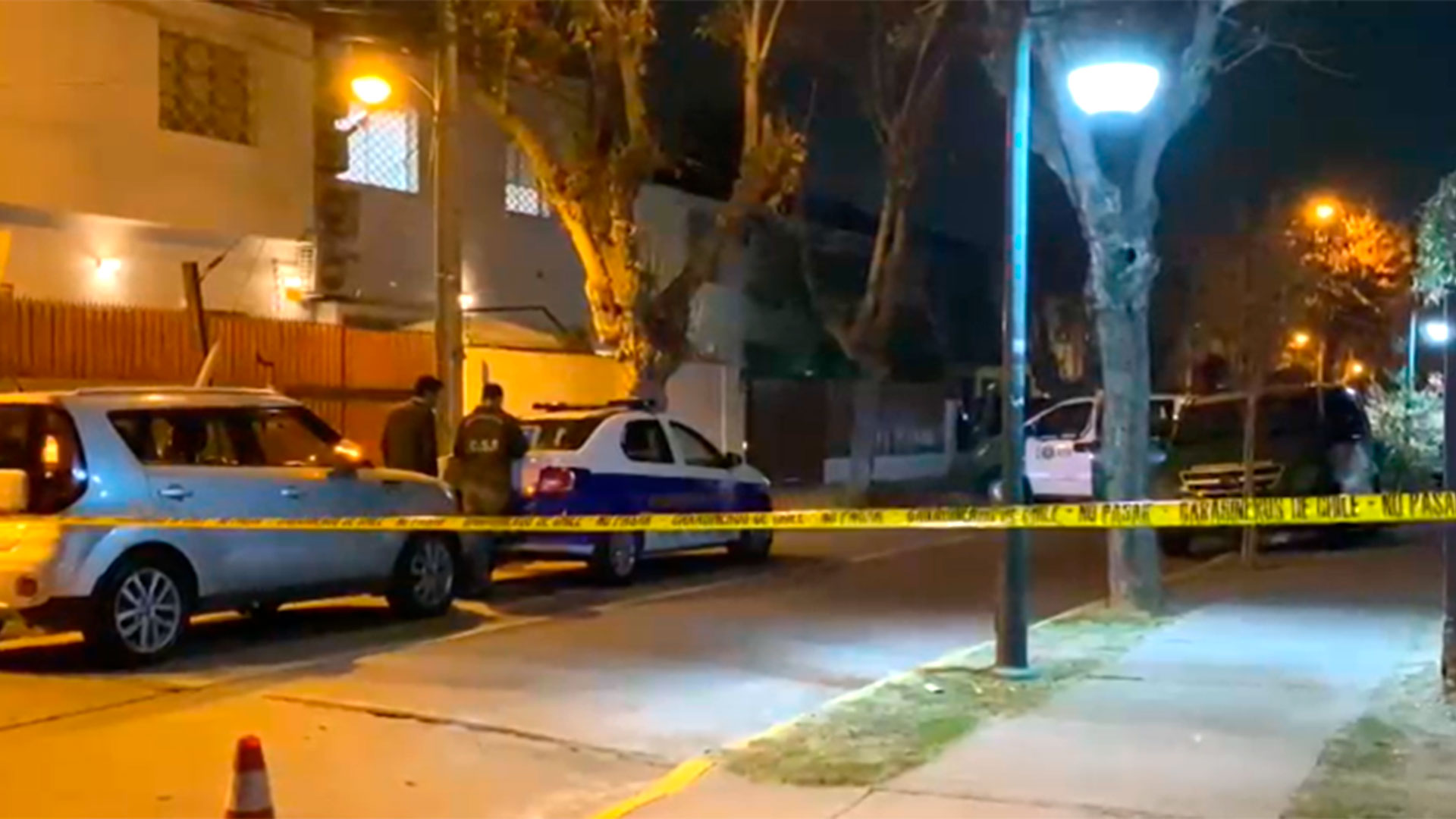 Police at the minister’s home

The Chilean medium BioBio stated that the group of strangers had the objective of stealing different objects from inside the house, that the incident happened around 8:00 p.m. and that It was about at least three criminals who carried knives and firearms.

According to sources consulted by the aforementioned media, They beat the minister’s son and handcuffed her husband to mainly steal technological objects and a car.

The prosecutor on duty Francisco Laraexplained: “First they approach the minister’s son and then handcuff her husband, and then flee in the vehicle owned by the minister’s family. One of the subjects would carry a white weapon and another what would be a firearm, a revolver”. 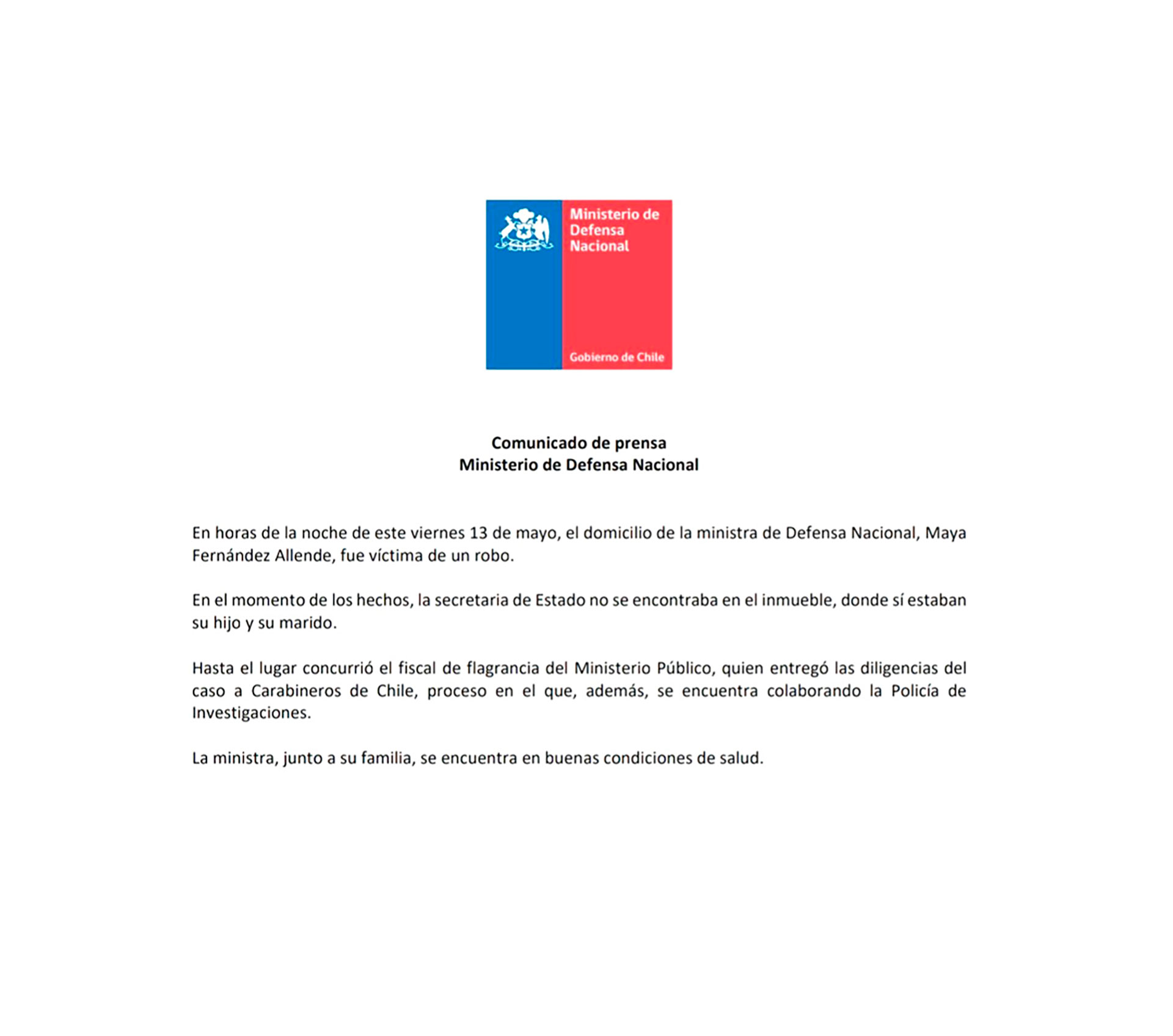 The statement from the Ministry of Defense

For his part, General jean camushead of the Eastern Metropolitan Zone of Carabineros, confirmed that “after 8:00 p.m. there was a robbery in the building of the Minister of Defense, where her husband and one of her children were. Product of this crime, unknown subjects stole species and also a vehicle”.

So far no arrests have been made in connection with the incident.

Maya Alejandra Fernandez Allende she is the youngest granddaughter of the former president Salvador Allende and niece of senator Isabel Allende Bussi. The 50-year-old official is a biologist, veterinary doctor and member of the Socialist Party.

He took office on March 11 and, before being in charge of the Defense portfolio, was deputy representing district number 10 of the Metropolitan Region during the 2018-2022 legislative period. In that management held the presidency of the Chamber of Deputies between March 2018 and March 2019.

The journalist who was shot in Chile while covering the May 1 march died
Chile: new protests and riots in the center of Santiago ended with a looted pharmacy
Previous Post

The president of the United Arab Emirates, Khalifa bin Zayed al Nahyan, died: who will succeed him

Villarreal: “Madrid knows that it will be a demanding game for them”